You Can Keep Your Eyes Open, ‘The Dark’ Isn’t Very Scary 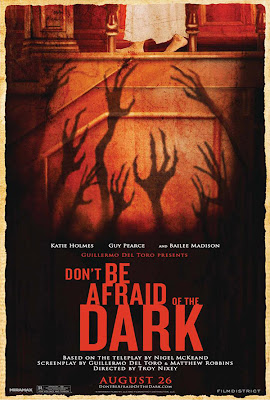 Harris:  This house is not safe for a child.

The haunted house horror sub-genre has seen resurgence lately; with films like Paranormal Activity and Insidious providing fresh and clever takes on material that has been done quite a bit in the past.  Hell, even last week’s Fright Night, a vampire film, managed to provide a house of horrors for its characters.  Don’t be Afraid of the Dark is a new horror film produced and co-written by the horror/creature-obsessed filmmaker Guillermo Del Toro.  His idea was to remake the original made for TV film of the same name, as it terrified him as a child.  With plenty of options at his disposal; a talented cast, a great setting, Del Toro’s own eye for creature design, and a malicious cold open, it would seem that this film has everything set to provide for a spooky story.  Unfortunately, even with a solid bag of tricks, the magicians at work didn’t make their illusions at all spectacular. 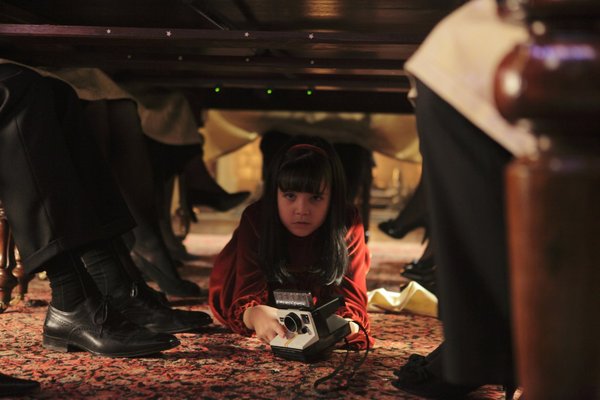 The movie begins with a terrifically creepy opening that looks like the end of another (better) film that I would have wanted to see.  It would appear that old man Blackwood has got himself into a bit of a pickle, as he believes he found the ultimate solution to rescuing his missing son, which unfortunately involves one of the poor house servants.  Following this incredibly dour opening, which sets up so much promise for a much darker film, we move into to a more traditional story.  The creepy, old house seen at the beginning is now the subject of an architectural restoration, headed by Alex (Guy Pearce) and his young girlfriend Kim (Katie Holmes).  However, the real lead of this film is young Sally (Bailee Madison), the daughter of Alex and his former wife, who has just arrived in Rhode Island to live with Alex and Kim in the creepy old house, until it is ready to be sold off.
Things carry on from there as one would basically expect.  Sally is a gifted young artist, who resists her new life (especially the presence of Kim) and would much rather explore the expansive grounds of the house.  This leads to the discovery of a walled-up basement, which is the source of dust, an incredibly creepy mural, and shadowy whispers, constantly requesting Sally to come play with them.  While the encounters between Sally and the whisper creatures (or as I’m calling them – lil’ crispers) escalate into fearful situations for one of them, Alex remains unconvinced of anything truly wrong, though Kim may be a bit more sympathetic.  Regardless, Sally will have to work hard to fend off the creepy crawlers of the night. 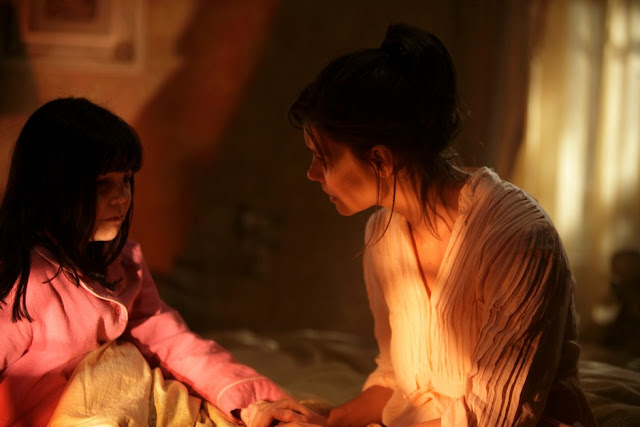 There are other issues (and some positives) I can go over, but the biggest flaw in this movie is that it isn’t scary, which would seem to be the most important part, given that the original scared the pants off of Del Toro and he wanted audiences to feel the same with this update.  Aside from the disturbing opening scene, the only big scare in this film is the effectively shot sequence of Sally searching under her sheets for the unknown.  The problem is that the marketing has centered on this aspect, which already ruins that scene’s suspense, along with the fact that at that point in the film (which is maybe halfway in), we have already seen what the unknown looks like.  This film tips its hand way early in showing us what in fact goes bump in the night and the proceedings lack much more in the way of thrill because of it, regardless of how good looking these creatures are.
The other issue I have is how this film really tests suspension of disbelief.  I would be plenty willing to go along with a film, especially a competently made horror story, if I were at least engrossed enough in the plight of the characters or the atmosphere of the film if it was effectively handled, but as I was already bored from not being in that place and more just admiring the look of the creepy house, there were plenty of moments to spot and pick out, which did not serve the film well.  As always, the parents are more or less out of the loop on what’s really going on, which is expected, yet Guy Pearce has nothing to work with and just seems like the film’s biggest dolt.  A large event also takes place, which leaves a character horribly injured, but it is written off as an accident and left being seen as such - ridiculous.  Another scene that should be much scarier, but isn’t, involves a character in a bathtub, alone.  When one is aware of creepy crawlies lurking throughout the house, they should know better, let alone be aware of how to use a light switch at a key moment.  Finally, the objective of the lil’ crispers remained incredibly muddled.  I was never quite clear on what their intentions were with Sally, especially given all the times they could have acted during earlier points in the film. 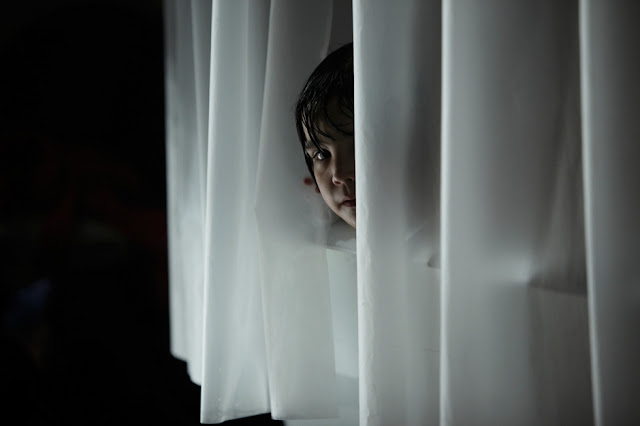 With these criticisms aside, there are some good qualities this film has to offer.  The setting is pretty great.  The house is appropriately creepy from a set design standpoint.  The performances were okay for the most part.  I really like Guy Pearce, but he is the weak link here.  Faring better, actually, was Katie Holmes.  Bailee Madison really shines though, regardless of some of the silly situations this film puts her in.  Her look and attitude in this film feels well aligned to the performance of similar lead children characters in other films that had Del Toro’s stamp on it.  Director Troy Nixey, a comic artist making his feature debut, also shines as far as putting together well-contained individual scenes.  I only wish this film was more consistent and level-headed on the whole to either be a solid, scary flick or a straight up dark fantasy film, opposed to an unsuccessful mix of the two.  Finally, the actual creature design in this film is good enough, but the creatures felt more like mischievous, hairless cats that could walk on their hind legs, as opposed to something scary.  If I can stomp on it, I’m not frightened by it. 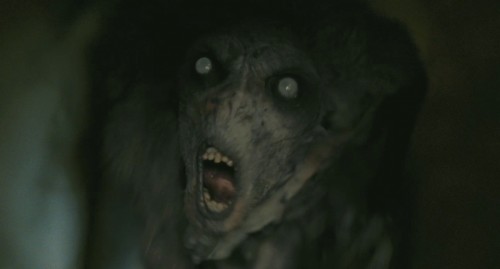 It is unfortunate to see what has come from this film (especially after its killer opening).  I would have been willing to look past many of these flaws if the film at least stuck to its guns and managed to be scary, good fun.  Unfortunately the film did not even manage that.  It is mostly a creative affair in terms of production design that falls short of being something more entertaining, especially given the fact that Del Toro was involved in the film’s production, as he has been involved with some great horror work in the past, such as producing the superior haunted house film, The Orphanage, among other works.  As it stands, Don’t be Afraid of the Dark is a film that doesn’t reach its promise.  I don’t need jump scares constantly, but I would have at least enjoyed more to have come from the ominous setup that this film had. 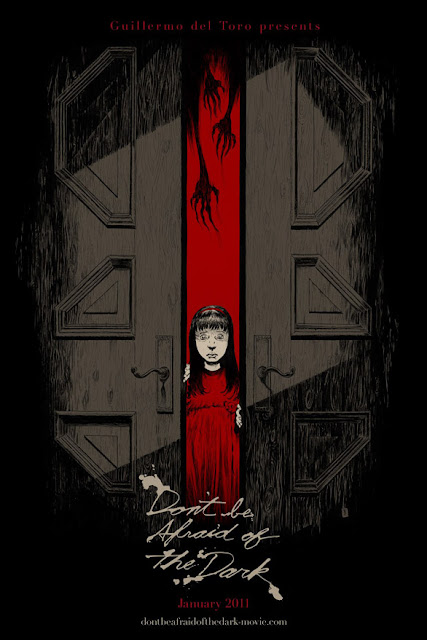