‘I Saw The Devil’ And It Was Stylized Craziness 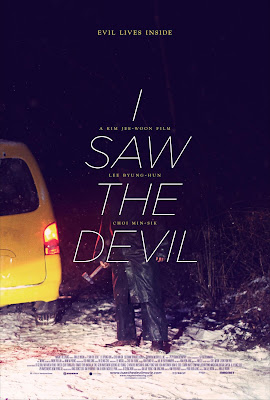 Soo-hyeon:  Your nightmare’s only getting worse.

There are a lot of revenge films that currently exist out there.  While I am always up for a sweet revenge tale, it does excite me much more when it is a film coming out of South Korea.  Over the course of the past decade, South Korea has continued to prove to me that some of the best, stylish, and most ambitious films are coming out of that area.  Now I have gotten a chance to see one of the latest treats from South Korea, I Saw the Devil, which is a wonderfully bloody, but stylized, revenge film.  This is a film that warps the idea of a cat-and-mouse thriller and benefits heavily based on the way this film handles familiar aspects of this sub-genre.  The film presents a few different positions on the condition of psychopaths and is certainly violent, but beautifully made in a very bleak sort of way. 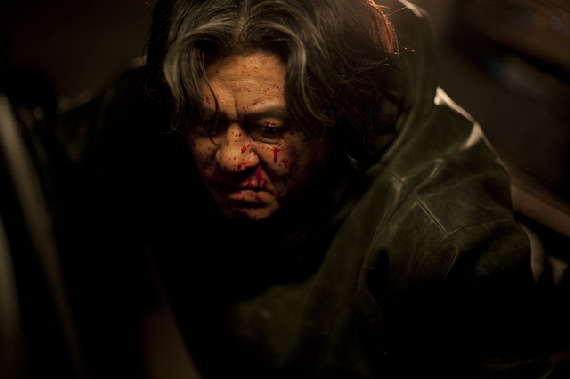 The film begins with a women stranded in her car, on the side of the road, during one snowy night.  Having a flat tire soon becomes the least of her worries, as a mysterious van pulls up; almost immediately implying nefarious deeds are afoot.  The driver is a middle-aged man, Kyung-chul (Oldboy’s Choi Min-sik), who offers the woman a ride.  The woman wisely turns down the offer, but still ends up kidnapped and brutally murdered.  Following the grisly find of a severed ear, police arrive at a lake in an effort to locate the victim.  After confirming that the scattered parts of the victim are in fact the kidnapped woman, we learn more of her fiancée.  This character is Soo-hyeon (The Good, The Bad, and The Weird’s Lee Byung-hun), who is a secret agent and becomes determined to track down the sick murderer responsible.
While the average sort of revenge thriller would focus on the hunt that Soo-hyeon embarks on to catch this character, this film gets that out of the way fairly quickly.  Soo-hyeon quickly learns the identity of the murderer in question (following a beating given to other potential suspects) and begins to enact his revenge.  Kyung-chul, who is a psychopathic murderer, is confronted by Soo-hyeon and physically bested by him; however, Kyung-chul awakens to find himself stranded in a new location, but medically treated well enough to continue on his way.  Kyung-chul continues to be himself (meaning that he only wishes to harm others), however, every time he comes close to a murder, Soo-hyeon steps in to stop him, denying Kyung-chul from the satisfaction he hopes to achieve from killing.  And so it goes from there, along with many other twisted turns along the way.  The two find themselves as opposites, but their view on morality may be more closely entwined than one of them would like. 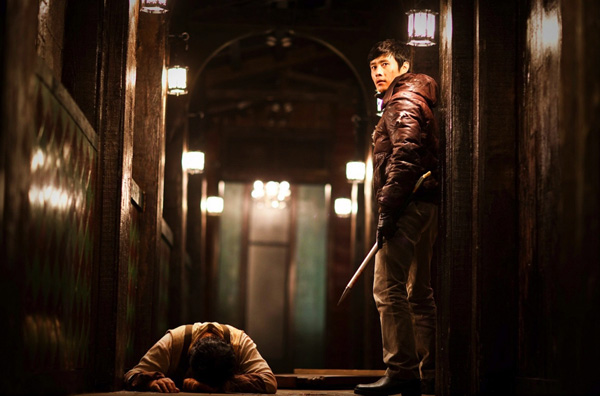 My interest in seeing this film came from two main factors.  Choi Min-sik’s presence immediately had me interested, especially since he is once again dabbling in some pretty dark territory, playing this psychopathic beast of a man.  Following Oldboy, I am ready to follow Choi Min-sik anywhere he wants to go with his various acting choices.  The other reason was director Kim Ji-woon, who previously directed A Tale of Two Sisters and The Good, The Bad, and The Weird.  Kim Ji-woon had already proved to me that he has plenty of stylish flare behind the lens and seeing his take on a revenge film had me very excited.  Fortunately, both of these factors managed to work very much in favor of the film, as Choi Min-sik delivered another memorable performance and the direction features a number of slickly shot sequences and maintains a visceral level of excitement, when the film truly is in its zone.
There is a strong level of violence, which has become enough of an issue to spark the debate about whether this film can be described as exploitative or even “torture porn”, akin to films such as the Saw sequels (I say sequels, because the original does not relish in its gore like the others) or Hostel.  For me, I can easily feel for those who make that argument, as the film is incredibly violent, but I do not feel it quite crosses that line of too much.  Everything regarding the carnage that is presented in this film does serve a purpose of sorts, and while it lingers on the line of gratuity on occasion, I do not feel the film revels in the violence that is depicted.  The only real time when the violence seems like it could have been too much for me was fortunately during the film’s most bravura sequence, as it takes place inside of a moving taxi.  So as far as that argument goes, I would praise this film’s stylistic qualities over what can be considered too much as far as the violence goes.  It is certainly not an easy film to watch at times, but I do not find what it presents to be manipulative in a poor taste sort of way either. 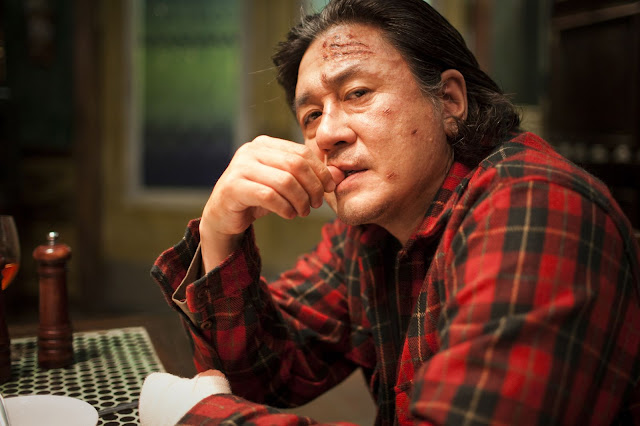 If the film does falter it is in Kim Ji-woon’s choice to make this an epic revenge thriller of sorts.  The 144 minute runtime does feel too long for a tale of revenge involving mainly just two characters.  His previous and also epically scaled western film, ‘Weird’, was also overblown a bit, but was at least almost nonstop action.  In ‘Devil’, the way tension and suspense are balanced with action does not quite maintain a proper balance throughout (even during a sequence where we take a side trip to the home of a cannibal).  A bigger issue is how, despite the length, the film does little to flesh out these main characters more.  It helps that both lead actors are fantastic and make very interesting choices for their portrayals, but in terms of what is there for them to begin with, only so much can be expanded upon.
Regardless, what this movie has in spades is a solid amount of tension, which is countered with some skillfully handled action sequences of sorts.  This is not an action film, but it does have a lot of fun with the way these two men encounter each other and physically torment and beat each other down.  I Saw the Devil does not have much in the way of subtlety; on the contrary, it does portray a fairly nasty underworld that is filled with a lot of brutal people.  Of the few characters we meet in this film, only a very small portion of them are decent individuals.  This is not a film that exists in any sort of true world.  It exists in one that is designed to be seen as a place with almost no hope, despite its twisted and darkly comedic sense of justice, thanks to the few who attempt to do what they view as right.  I Saw the Devil is bleak, yes, but it is also a skillfully handled exercise in bloody revenge filmmaking. 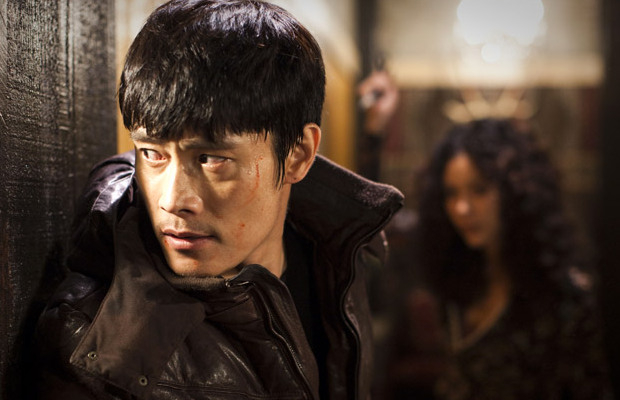 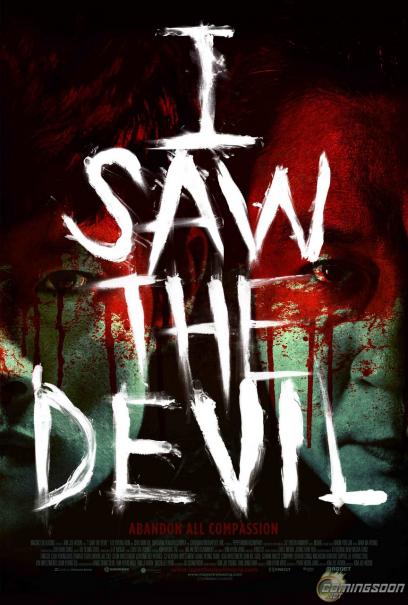