‘Kung Fu Panda 2’ Serves Up Another Bowl of Awesomeness 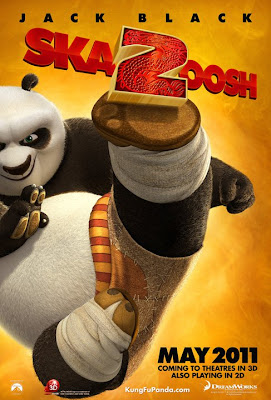 Shifu:  This could be the end of Kung Fu.
Po: But, I just caught Kung Fu!
Shifu: And now, you must save it!

The Dragon Warrior, a panda bear named Po, is back with his team of martial arts animal warrior friends known as the Furious Five in this gorgeous sequel to Kung Fu Panda.  I emphasize gorgeous, as the animation (which includes different animation styles), use of color, and martial arts choreography are all wonderfully executed (it also works in 3D, as is usually the case with animated features).  The entire voice cast returns for this film, which is a follow up to what I consider to be DreamWorks Animation’s best film.  I feel my expectations were in about the right place and as a result I really enjoyed the film, despite a few issues that have me holding back from calling it as good as the first.  Still, there is a wider scale to the fights that take place and the stakes of the film, which help to do justice to the ambitious nature of this film’s story.  This film was certainly a very enjoyable watch.

The film begins in Ancient China a few years after the events of the first film, with Po (Jack Black), now protecting the Valley of Peace along with the Furious Five, which includes Tigress (Angelina Jolie), Monkey (Jackie Chan), Viper (Lucy Lui), Crane (David Cross), and Mantis (Seth Rogen).  With Po now in his place as the Dragon Warrior and Master Shifu (Dustin Hoffman) continuing to guide them all, it would seem that everything is in order.  However, the peace is disrupted when a wolf pack, lead by a wolf voiced by Danny McBride, enters the village and robs the area of all its metal supplies and materials.  Po and the Five attempt to stop them, but Po becomes distracted when a symbol on one of the wolves takes him into a flashback, where he sees a familiar figure.  Confused, Po now has questions for his father, the goose – Mr. Ping (James Hong), who comes clean about having adopted Po from off of the streets.
The stolen metal becomes a much larger problem; however, as it seems the metal from all of China is being taken under the order of Lord Shen (Gary Oldman), an exiled peacock who is using the information from his dark fortune, predicted by a soothsayer (Michelle Yeoh), as a means for creating weapons to combat his possible defeat by kung fu.  Lord Shen has already taken out some of the legendary kung fu masters that reside in Gongmen City.  Po and the Furious Five decide to take the fight to Shen, with plans to defeat him and destroy his weapons before it becomes too much of a dire situation for China to endure.  Of course, it may become more complicated, as Po learns that he and Shen may have shared some history in his younger years.

Po:  I have so many questions; like how could I fit in this little box and why wouldn’t I wear pants?

What I enjoy about these Kung Fu Panda films is how they stay away from the familiar mold of most DreamWorks Animation films.  These films do not attempt to use pop culture references as a way of deriving humor.  Besides the first Shrek film, which has enough of a solid story to get away with it, I always feel most of the DreamWorks animated films depend too heavily on these types of gags, which takes away from creating stronger narratives and characters.  2010’s How to Train Your Dragon  is a strong example of the better type of DreamWorks film that I prefer and now I have two Kung Fu Panda films that I can praise for the same reason.  All of these films come closest to being as strongly effective as the films that come out of Pixar, which prides themselves on developing strong stories.
Now to address the actual film, Kung Fu Panda 2 continues to have many of the same strengths as the previous film.  A big part of that comes from how charismatic Jack Black is as Po.  I personally enjoy Jack Black in most mediums, but I know some seem to have soured on his basic shtick.  For Po, I really think Black invests so much fun and heart in the personality of this panda, that it really holds the film together.  I cannot quite speak for the rest of the cast as highly, as the Furious Five do not have much to do from a vocal standpoint to make them very compelling, but I do enjoy the presence of many of these cast members.  I did really enjoy Gary Oldman (which would go without saying anyway) as Lord Shen.  Oldman adds another great villain to his list of characters and manages to vocalize the menace of a deadly peacock.

The animation is also stunning in this film.  The original film did a great job of establishing its style as one that clearly pays homage to martial arts and wuxia films (such as Crouching Tiger, Hidden Dragon or Hero).  In this film, that same sense of style returns, but manages to up the ante on how ambitious the animation and action choreography can really be.  The characters and background designs all look great, with plenty of fun applied to the logic of having animal warriors.  The action is also incredibly ingenious at many times, with lots of attention applied to having the characters all interact more frequently to make truly fluid and exciting action set pieces throughout.  Even the film’s score by Hans Zimmer and John Powell (which is a great combo in itself) has a lot of fun by setting many of the beats to the actual action that is occurring onscreen.  And finally, the film manages to add an extra layer of captivating animation by having a number of 2D, storybook-like, animation moments that take place during flashbacks and a few other sequences.  A lot has been done to push the limits on this film, and I greatly appreciated it.

There were some minor issues I found with the film.  My favorite aspect of the first film was the relationship that was formed between Po and Shifu.  This time around (and I hope it wasn’t because Dustin Hoffman was busy making that Fockers movie), Shifu mostly sits this one out.  The heart of this film shifts away from that relationship and decides to focus more on the mystery of Po’s origins, which is handled as appropriately as a film like this can handle such a plot point, but was not quite as compelling.  I think that may have to do with my other main gripe, which is in regards to how the film basically reveals all of its plot points in the opening minutes, essentially taking away from what the audience is expected to learn over the course of the film.

The issues I have presented do seem minor to me, however, as I did really enjoy Kung Fu Panda 2.  The film is certainly more of an action film this time around, as opposed to a comedy, but it still manages to be very funny at times, which is due to its very likable cast and some clever writing and action moments (look for Monkey with cymbals).  That said, the action is fantastic here, well staged, regardless of the fact that it is an animated film.  Kung Fu Panda 2 has exciting moments, made more wonderful by the great animation throughout, the film’s great score, and the filmmakers’ understanding of the films they pay homage to, which does not lead to parody but instead treats the genre with respect.  During a very packed summer for entertainment, I would easily recommend this film as a solid addition to the lineup. 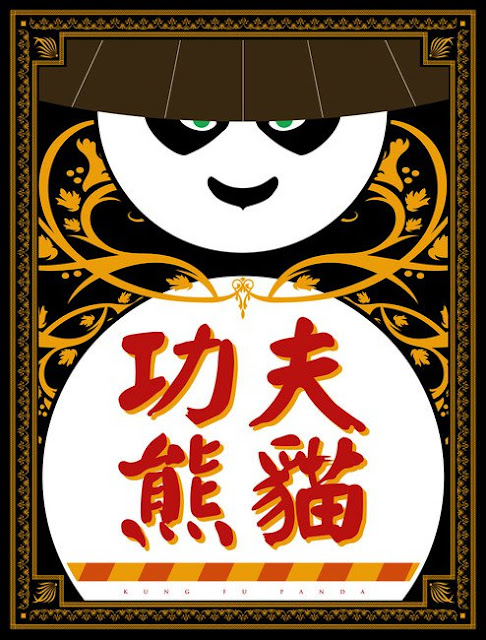