‘Born To Be Wild’ Is Both Beautiful and Brief

Morgan Freeman:  This story is like a fairy tale, except it's entirely true.

I feel that there may be too little to talk about here, as the film is both fairly self explanatory and only lasts for 40 minutes, but I will try my best.  Born to Be Wild 3D is an IMAX nature documentary from Warner Bros. Pictures, which has been shot in 3D, using IMAX and 4K digital cameras.  The film is incredibly simplistic, but effective in what it tries to show in such a short span of time.  While very beautifully shot and interesting in its storytelling, the only dilemma I have is trying to distinguish whether it is truly a film worth recommending to see, given IMAX prices.  The experience for viewing this film would be unique to such a theater, but I am not sure if there is enough that requires the attention of all audiences. 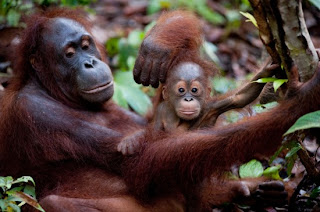 The documentary is about orphaned orangutans and elephants, from both Borneo and Kenya, being nurtured by humans as they mature, before being returned back into the wild.  The thought is that these animals would most likely not survive at a young age, were they to be living in the wild on their own, so the help of these caretakers is only for the better.  The film features caretakers Birute Galdikas and Daphne Sheldrick, who have spent much of their lives caring for these types of animals.  They have developed various methods for making this a well practiced process, which includes developing the right kind of milk for the animals to drink and creating an environment where the animals become used to doing the types of activities they would do in the wild.  There is less of a narrative structure and more of a look at the events that occur during the animals’ growth process. 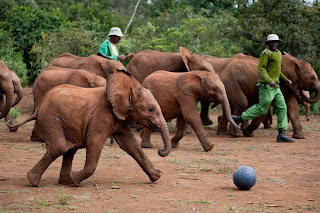 Of course, a film like this can be only as good as how well the information is delivered to you.  Fortunately, the ultimate narrator was enlisted for this film, and that is of course none other than Morgan Freeman, who has the type of voice that is appropriate for almost anything, especially the story of people working hard for the sake of caring for others.  I would not say that this film would have fallen apart without the presence of Freeman, but he does lend a level of gravitas that greatly benefits the film overall. 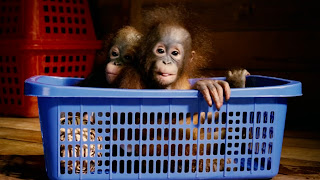 The other big aspect of this film revolves around how it is shot and the use of 3D.  Similar to last years’ Hubble 3D, a film like Born to Be Wild is one of the best kind of films to see in this format, because it is essentially reality captured on film and shown in an immersive format.  Watching Orangutans climb and swing on trees and seeing baby elephants move their trunks around into the audience are fun sights to see.  In addition, as fun and interesting as these creatures are to watch, I never felt that the film was trying to manipulate the audience into feeling for the adorable nature of them.  The film simply shows these animals as they are. 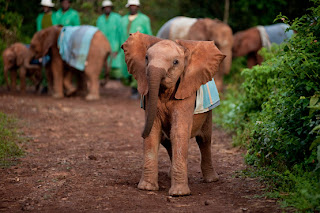 Getting back to the main dilemma – is this worth the money to see this film on the giant screen, I feel that writing all of this out has led me to an appropriate decision.  I would recommend it, but with proper advice first.  A huge factor that I consider with nature documentaries is how they match up to BBC’s Planet Earth series, which I consider to be the pinnacle of nature documentary filmmaking.  A film like this really has to do something that measures up to how that series was made in order to get a strong reaction from me (It is worth noting that BBC recently made a follow up series to Planet Earth, called Life, which can be found more in detail here:  in Gregg’s review).  So if that is what I hold other films against, I would have to say that Born to Be Wild 3D does manage to deliver a unique look at these animals and the care provided for them.  Whether or not you feel this film is worth going to will depend entirely upon what you hope to gain from the experience.  It is certainly a brief, but well put together nature documentary, so it is just a matter of wanting to view this film in the best format possible.

Birute Galdikas:  They need to retain their wildness. 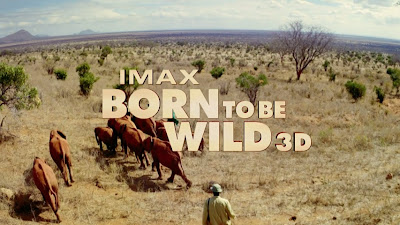