Be Prepared To Run and Play With ‘African Cats’ 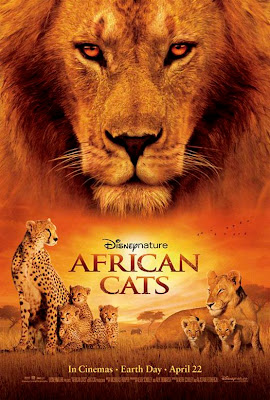 I think the aspect I enjoyed most about Disneynature’s third major Earth Day release, African Cats, is how they tried to create a narrative through line for it.  A lot of nature documentaries simply present the facts, while showing you some shots of creatures and environments, but this film (even if it cheats a bit) has a lot of fun with actually presenting a storyline to keep you specifically involved with the ‘cats’ that are presented in this film.  It also helps that you have the cat’s pajamas of acting talents (Samuel L. Jackson) narrating the film.  ‘Nuff said. 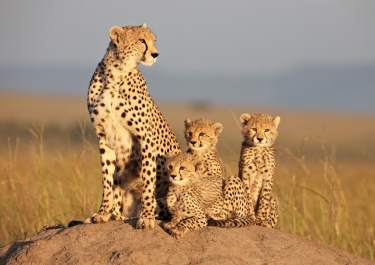 African Cats is a documentary feature that focuses on the feline populations of Africa.  Specifically, the film revolves around two animal families living in the wild, captured on real-life footage.  One family consists of a pride of lions, led by their patriarch, known as Fang, who must defend his pack from another dominant male, Kali, and his four sons.  The other family consists of an adult Cheetah, Sita, who is trying to raise her five cubs in the wild, in spite of all of the obstacles that threaten her and her young.  Filmed at the Maasai Mara National Reserve, in southwestern Kenya, the film is all about watching these animals live their lives in the savanna, despite the challenges and conditions they face. 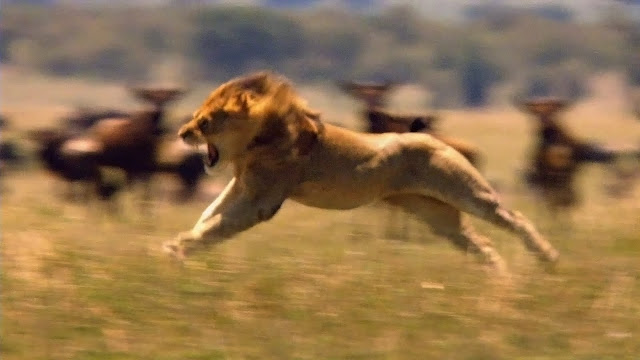 I must say that I believe this to be Disneynature’s best feature yet.  I was put off by the first documentary this branch of the Disney put out, Earth, because it simply took its majority of footage from the supreme nature documentary series, Planet Earth, restructured the scenes, and turned it into a 90-minute film with James Earl Jones now providing narration.  Despite the positives of this, my huge fondness for Planet Earth held me back from embracing what Earth had to offer.  The second feature, Oceans, was a fresher attempt, using new footage from oceans around the world to create a film that delivered well on its premise.  Unfortunately, despite narration by Pierce “Remington Steele” Brosnan (yes, I made that call back instead of the obvious), the film was not as engaging as I felt it could have been.  Fortunately, I found my issues with those previous features to not effect my viewing experience of African Cats. 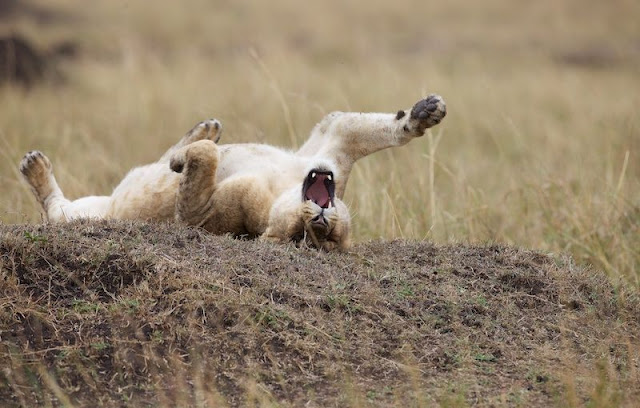 Even while I understand the magic of editing, I was still able to see a solid amount of effort made in order to keep the film flowing by having an actual structure to its narrative.  The film rarely strays from these sets of lions and cheetahs that we follow throughout, and I appreciated the way it assigned roles and names to each of the felines.  Bringing in Samuel L. Jackson to provide the narration for the film was also an effective payoff.  Instead of lending an all-knowing, authoritative sense of gravitas to the proceedings, Jackson brings an energy that is fitting to the playful but deadly nature of the creatures that he must describe.  For a documentary like this, which makes a willing attempt to present such a finely crafted story, Jackson was an inspired choice for the backbone of this tale.

My next point is less of an issue and more of a comment, but as this is a film that is designed to play to everyone, namely families, it is of course not beyond Disney to present tons of cuddly animal shots throughout.  Even as the going gets tough for some of these cats, the camera does not resist having a plentiful amount of footage of cheetah cubs playing around with each other and lions licking each other’s faces for us to enjoy.  The film also takes a decidedly (and appropriately) non-harsh approach to handling the way of life that is these animals eating habits.  Yes, we do see these ferocious creatures on the prowl at points, but the cameramen and editors for the film know what to do when it comes to the messier moments. 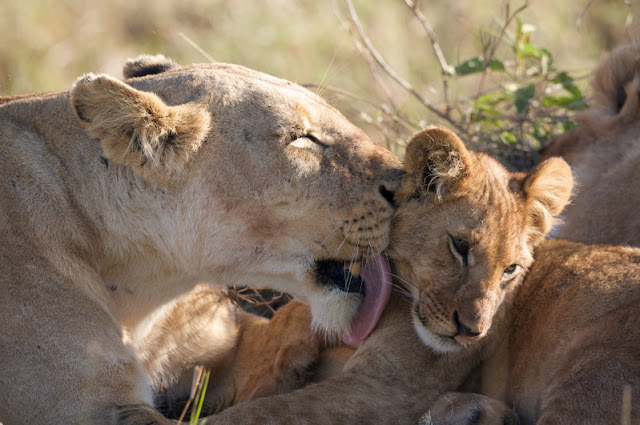 For the most part, the film has a fine balance in its pace, but I believe its deliberate plot structure may reach points that could be considered slow for youngsters.  This is a 90-minute documentary, which is perfectly suitable and well worth its price of admission, but there is a sense of repetition at points, which borders on dragging.  Weeks before this film opened, another animal-themed documentary, Born to be Wild 3D (which you can find reviewed here and here), arrived in theaters, providing an incredibly well filmed, but brief experience.  While I found there to be much appreciated about what was offered in that film, I think African Cats does actually provide a more fulfilling experience that I could easily recommend checking out on the big screen. 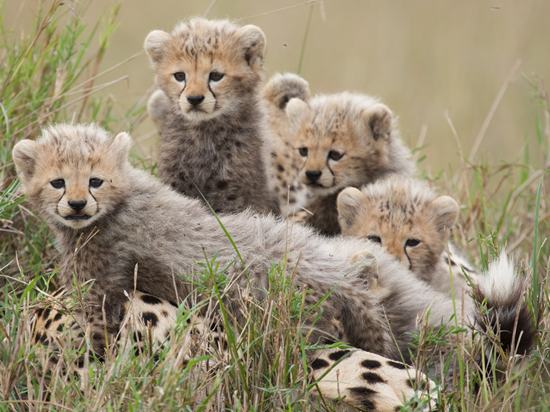 Finally, perhaps the biggest factor in discussing this film, the cinematography is gorgeous.  There are many fantastic, wide screen shots of the African wild life in this film that are wondrous to behold.  Seeing these cats in action, watching them both play with each other and chase after their pray is wonderfully realized.  There are also grander moments, such as shots of the great migration of wildebeests over the land and ominous shots of crocodiles lurking in the rivers.  Certainly helping in all of this is the use of audio in the film, which makes sure to emphasize the roar of a male lion, as it establishes why it is king of the jungle.  A very good looking film for sure. 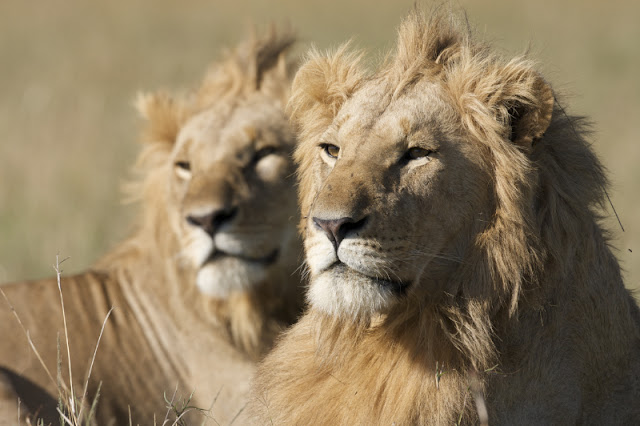 With a slew of effects-driven, box office slam dunks all on the way to theaters soon, it is nice to get in a few very good looking, real-life animal films as well.  Disneynature seems to have turned things around for the better as far as I am concerned, and given that many already enjoy what they have offered to audiences, I am sure this will be another solid film to add to that assortment.  Jackson does very well in the role of narrator (although I could have done without so much swearing – yes I am joking), as his lower key, but effective approach makes the manufactured story have all the more drama, as we witness the challenge of survival that these furry felines must face. 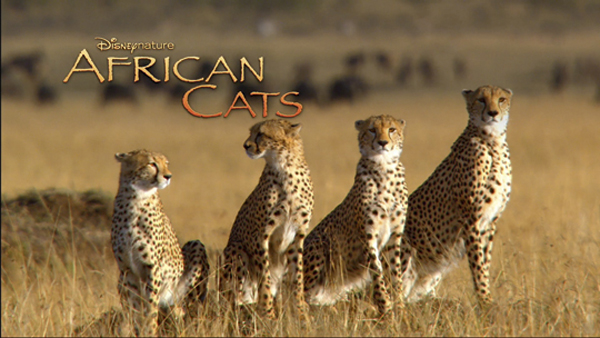