Only Mildly Better Knowing The ‘Unknown’ 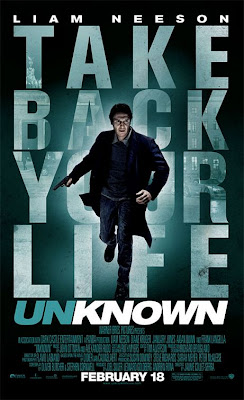 Dr. Martin Harris:  Do you know what it feels like to become insane? It's a war between being told who you are and knowing who you are... Which do you think wins?

Unknown is the type of film that works very easily as a source of entertainment…when you try not to apply much logic to it.  It is perfectly serviceable, mainly due to Liam Neeson, who has a screen presence that can elevate any B-movie (Taken, Darkman), and because of the film’s solid production values.  However, once the things that are unknown in this movie become “known,” I found the film to be less interesting and the plot became sillier as it went along.  Still, Neeson being put against a plot that has him running around, frustrated that no one knows who he is, kept me entertained enough that I can see where the enjoyment factor is for large audiences.
Neeson stars as Dr. Martin Harris, a biochemist who has just arrived in Berlin with his wife, Elizabeth (January Jones), for a medical conference.  While getting into a taxi, outside of the airport, Dr. Harris forgets one of his suitcases, which may become important later on (if I had to guess the brand of the suitcase, I would say it is the Samsonite McGuffin).  Upon arriving at the hotel, Martin realizes what he has lost, and hops into another taxi to go back to the airport and retrieve the lost case.  He does this without telling Elizabeth, who checks into the hotel alone.

The trip for Martin turns into the worst cab ride of his life, as he and the cab driver (played by Diane Kruger) get into a car accident, which results in the taxi taking a dive off a bridge, and Martin getting knocked unconscious.  The driver, Gina, saves Martin, but disappears, and he finds himself waking up from a coma, four days later.  Despite a lack of identification and a memory that is a bit more scattered than before, Martin returns to his hotel, hoping to find his wife.  He does, but upon speaking to her, she does not recognize him and another man (played by Aidan Quinn) is claiming to be the real Dr. Martin Harris.
Martin now finds himself in quite the predicament, as he is alone in a country he does not know, with authorities ignoring his claims, and all of the evidence to prove his identity being seemingly unavailable to him.  Fortunately, Martin does manage to find the cabbie that saved his life (who happens to be a beautiful/illegal immigrant/artist and part time stunt driver).  With a little help on his side, Martin may be able to unravel the odd mystery surrounding his stolen identity. 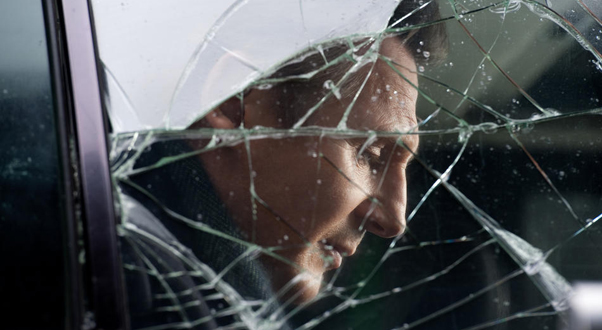 It will be very hard to describe the main gripes I have with this film without going into spoiler territory, so I will just say this – I am not a fan of the third act of this movie.  There is a point in which all is revealed, and we understand exactly what is going on.  Up until this point, despite lots of moments I was willing to forgive in order to go along with the intriguing aspects of this thriller, I was drawn into the plot of this film.  Unfortunately, a lot of explanation (which goes a long way to make sure we think that everything makes sense) leads to the plot going into silly action movie mode.  The revelation that Neeson’s character has regarding who/what/when/why he really is leads the movie into a zone that feels derivative of other, better movies.  The film does not need to be at Hitchcock levels of “wrong man film”-type greatness, but I wish the answers were as satisfying as the mystery.

With that out of the way, I can speak of why I am still recommending this film; which is mainly due to Liam Neeson.  Neeson knows how to sell the confidence of this character, which is why I was willing to go along for the ride with him.  Even when it gets to a scene involving our supposed fish-out-of-water Doctor racing through the streets of Berlin, in an improbable car chase scene, I wanted to stick with Neeson.  I have been enjoying Neeson’s sudden turn as an action star in the later days of his career, and here he works well once again.
His female costars do not fare quite as well, although Kruger makes for a fitting enough sidekick.  Maybe it is due to my association with January Jones as Betty Draper on Mad Men, but the way she acts as Mrs. Dr. Martin Harris left me kind of cold.  Jones’ role is certainly designed to be played by a Hitchcock-blonde, but she felt out of place here. 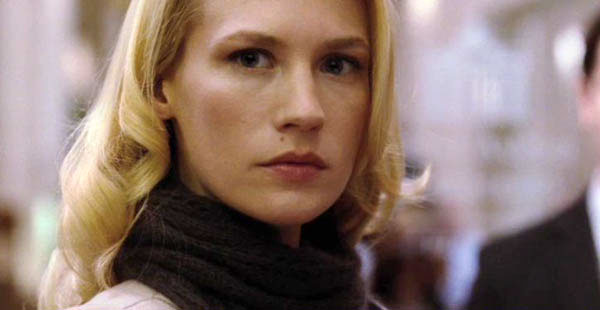 As for the male costars, Frank Langella shows up for a small time, as one of Dr. Harris’ colleagues, who can hopefully clear up some confusion.  He does well enough, but also reminds us about the schemes of Tricky Dick.  I also need to point out two German actors – Bruno Ganz (Downfall) and Sebastian Koch (The Lives of Others), who are featured in this film and deserve mention simply because they are good foreign actors and it is nice to see them in a big studio film.
Given that this film is a Joel Silver production, there was enough money behind it to make this a very slick looking feature.  Director Jaume Collet-Serra, who previously made Orphan (a better film that was overlong, but had less twists before it arrived at crazy town, like this film), does good work here to both capture the city of Berlin during wintertime and capture the possibility of Liam Neeson being crazy.  There are also a number of key sequences that work very well at keeping this film tense when it needs to be.  Lasting a little under two hours, Collet-Serra has the film’s pace moving at a steady enough rate as well, which worked to keep me involved in Neeson’s journey to free his mind. 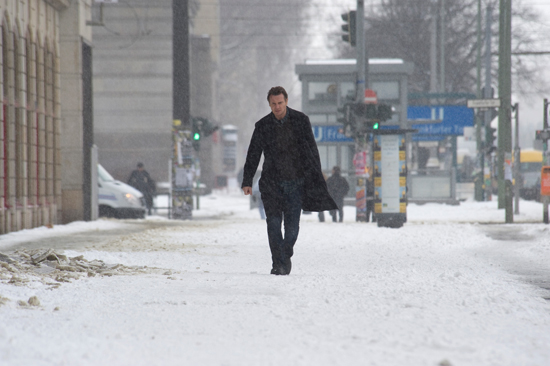 I came away from this film getting what I wanted out of it and more or less what I expected.  It was not terribly complex when all is said and done, but I also did not feel the need to try and work out the mystery myself.  The film did exactly what it needed to do to keep me entertained.  It gave me a confident Neeson character to work with, despite his lost state of mind and there was enough talent behind the camera to make the film very watchable.  My gripes aside (which I would be less vague about if I were not so spoiler conscious), this film did solid work in its entertainment department, and that’s what matters most.

Dr. Martin Harris:  I don't know who this man is but you have to arrest him or many people will die! 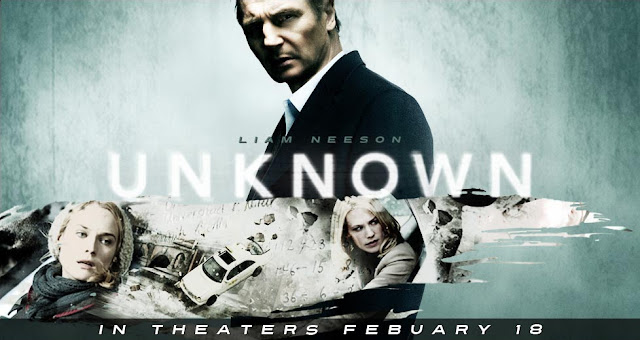