‘No Strings Attached’ Or Much Else 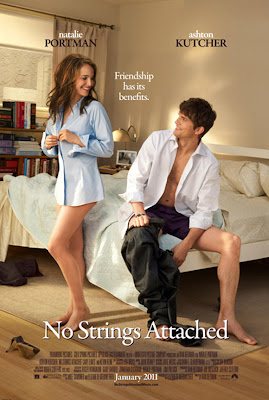 No Strings Attached: 2 out of 5

Emma:  I need someone who’s gonna be in my bed at 2 AM who I don’t have to eat breakfast with.
Adam:  I hate breakfast.
Emma:  Good.

Another bogus premise for a rom-com that manages to be awkward, long, and poorly handled in the laugh department, despite having a number of talented supporting stars.  To say that this is Ashton Kutcher’s best movie, is like saying, “this is Ashton Kutcher’s best movie.”  While I can understand that formula in films can still work, as long as it is handled well enough, that is not the case here.  You know where the film is going, and the journey getting there is kinda boring and fairly laugh free.  It is nice that the film has some likable people in it, but having warm faces guide me through a bland movie still makes it a bad movie.
So Ashton Kutcher and Natalie Portman star as two people who casually meet each other over the course of several years.  They seem compatible, but live fairly separate lives.  Adam (Kutcher) works at Paramount Studios as an assistant writer/producer on a very Glee-like TV show (will that reference be relevant years from now?), with aspirations to be a much more famous writer, like his father.  Emma (Portman) is a doctor, working long hours, with no time for real relationships.  One day, Adam discovers that his father, Alvin (played by Kevin Kline, who is still acting apparently), is sleeping with his ex-girlfriend.  This prompts Adam to get very drunk and dial up all the girls in his phone.  He wakes up the next morning to find himself naked, in the apartment of Emma and her roommates.  While on the search for his missing pants, Adam and Emma have some quickie sex, soon deciding that this could be something they do more often – become sex friends.  This would mean having casual sex, but without actually being in a relationship.  No complications there!  And we all know the rest…
The supporting cast includes the aforementioned Kevin Kline (somehow registering as unlikable), Cary Elwes (who seems to have put on a beard and a doctor coat, then stumbled around the set for a couple days), along with talented, indie movie actresses Greta Gerwig and Olivia Thirlby, as well as familiar faces such as Mindy Kaling (The Office) and Lake Bell.  Oh, and Ludicrous is in this movie too.  So basically, there is a fairly talented cast of people here, and they do what they can with some of the one-liners they get.  Unfortunately, a lot of times, everything just feels very uneven compared to what the results could have been. 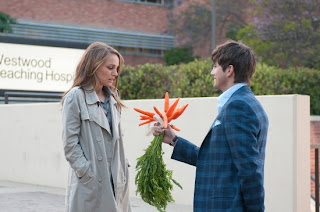 For some reason, this film was directed by Ivan Reitman.  Reitman has made comedy classics such as Ghostbusters and Stripes, but has now ended up here.  It’s as if his last film, My Super Ex-Girlfriend, was challenged by his friend Harold Ramis (also of Ghostbusters and Stripes fame), so he made Year One, only to be challenged right back by Reitman, who has now made this film.  I point this out, because it is as if these guys have lost some sense of their comic sensibilities.  Where there was once much more wit has now been replaced by some pretty easy gag laughs that really don’t stick around or inspire me to want to quote later on.
Another key problem in this film is its leads.  As much as I like to see Natalie Portman doing almost anything, she doesn’t really work here, aside from being a likable match for her costar.  Emma is supposed to be a woman who can’t handle the baggage that comes with a real relationship.  The way Portman plays this character does not suggest that; she does not seem like a person who could not handle what she suggests she can’t.  As far as Kutcher goes, I am sure he’s a nice enough fellow, but his acting doesn’t do him many favors in this film.  It helps that these two at least seem compatible, but I would imagine it to be hard for Portman to not make a pairing with her seem likable…err…Anakin Skywalker… 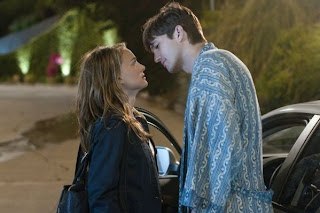 Anyway, would I say this movie is garbage?  No.  There is nothing offensive about the film; everything is played very safe, the R-rating lets the actors go a bit wilder, and makes the dialogue and some scenes a bit more suggestive.  I could say that a big strength of the film is its effort to maintain a solid female cast; I would watch (or be at least more tolerable towards) a movie about Portman and her roommates.  However, there is just not much here.  The film isn’t very funny and it feels way too long.  While Portman hasn’t won yet, I am at least happy she has gotten her post-Oscar slump film out of the way. 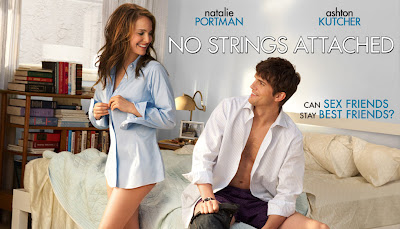