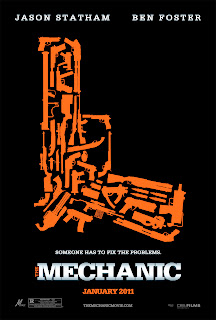 Arthur Bishop:  The best jobs are the ones where no one ever knows you were there.

Those in need of a new, quick action fix from Jason Statham should be pleased enough with The Mechanic.  I would give it a barely passing rating.  However, this recommendation is not really due to the movie being that good (it’s not really), nor because of the presence of modern action hero Jason Statham (although that helps).  No, I would recommend this movie mainly because the ending is ridiculous enough that I want others to see it so I can talk to them about it, since I don’t want to spoil it here.  The film, itself, is a straight-forward action movie, with a hitman at the center of the story and the added bonus of a “buddy film” element.  It’s fairly generic, but also silly fun, and fills the quota for brutal violence.  Do with that what you will.

Statham stars as Arthur Bishop, a hitman who likes to think of himself as a mechanic.  He bestows this title on himself due to the fact that he prides himself on being able to take his targets out in the most efficient of ways possible.  Naturally, all of Arthur’s targets are evil dudes, or else I would question why I am supposed to like this character, beyond the fact that he’s Jason Statham.  After an opening scene that shows us how effective Arthur can be, we relocate to his home in New Orleans.  Why New Orleans?  Because that is probably the one place no one would expect Jason Statham to have built his hitman dream house.  Arthur meets with his mentor, a wheelchair bound Donald Sutherland, and the two reflect on the job, before Arthur gets the pay for his latest work. 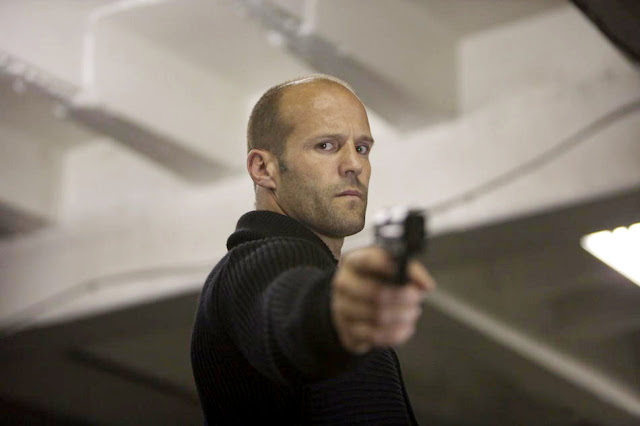 Unfortunately, Arthur’s next job requires him to kill the Sutherland character, Harry.  This is due to the fact that Harry has been supposedly stealing from the company that employs Arthur, so that of course needs to stop.  Arthur was given the job by Harry’s second-in-command, Dean (played by Tony Goldwyn), who tasks Arthur with the job of killing his mentor.  Arthur complies, but at least shows that he has a heart, because he feels bad afterwards.
Sometime after, Harry’s rebellious son, Steve (played by Ben Foster), arrives and apparently wants to let out some anger.  In order to stop Steve from making stupid decisions, Arthur takes Steve (who is unaware of Arthur’s hand in his father’s murder) under his wing and begins training him as a fellow mechanic.  However, while Arthur may have specialized in discretion when it comes to his kills, Steve seems to have a greater desire to inflict some pain.  As the two work some jobs together, twists are revealed and the ultimate target may in fact present itself. 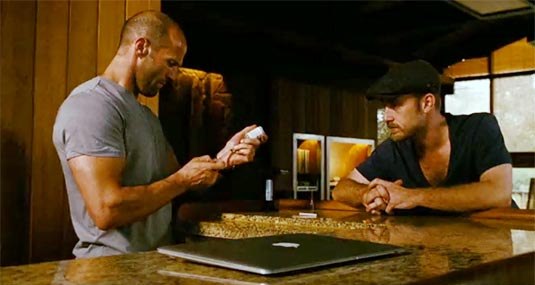 I guess an admirable quality is how this film maintains its simplicity.  Beyond having the dynamic of the young guy working with the man who killed his father, there is no real attempt to make the plotting of this film any more complex than one would expect from a Jason Statham action movie.  One knows pretty much exactly how this film will play out, so the fun comes from seeing the ways in which Statham gets to kick some ass, how cool he looks while kicking ass, and how he teaches his new partner the ways of kicking ass and looking cool while kicking ass.  I can’t say that this film has top notch action compared to many of Statham’s superior action delights, but I will say that this movie has its moments (and it’s better than War).
An added touch is having Ben Foster in the young padawan role.  As the apprentice to Arthur, Steve is pretty much the worst possible thing that could have come into his life.  While he makes for a good movie montage partner, out in the field, Steve doesn’t listen, makes many mistakes, and has agendas that he doesn’t feel like sharing out loud.  It is for all these reasons that Ben Foster excels.  I am a fan of Fosters, who has previously held his own in films such as 3:10 to Yuma and The Messenger.  Here, he lends the film an actual personality to work with beyond Statham’s quiet cool. 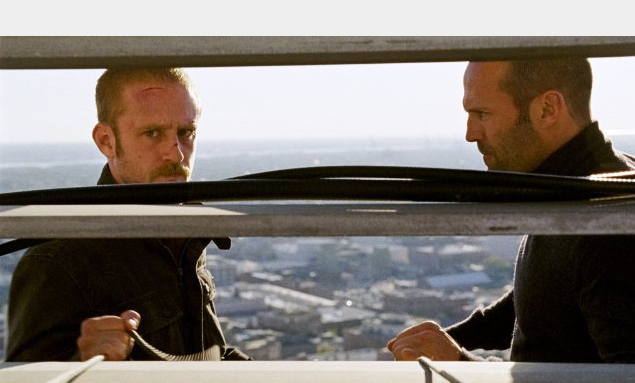 Now with all that being said, this movie is still very silly and ridiculous as it goes on.  The story takes the characters to points that are less about being natural areas to explore and more about how over-the-top or brutal the deaths can be.  There are a couple nice fights here or there, but director Simon West (of Con Air fame!) has decided to do the trendy thing and film a lot of the action up close, rendering a lot of it less fun than it ought to be.  The film does have a strong R-rating, so you do get a few painful looking deaths here or there, but it certainly would have benefited to give the film a bit of a sense of humor.
Regardless of many of these points, my final opinion really does come down to the ending.  While I won’t spoil anything, I am going to say that the action climax certainly fits the theme of the movie regarding its efficiency, but the epilogue had me examining the situation way more than the movie would care for me to have done.  This is not to say it suddenly adds a complex layer, quite the opposite actually, but again, I can’t spoil it. 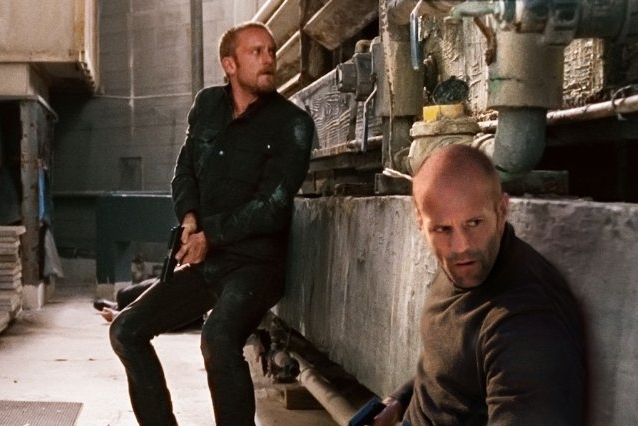 So now that I have gone and written a critique that both recommends and makes fun of the film, it is up to you, as it always is.  While I do think that a Jason Statham action movie can always be good fun, this is no Crank or Transporter.  It has some moments, a nice buddy element, and all the perks of a simple action movie, but it still is a simple action movie, and certainly not one that is going to be very well remembered (by the way, this is a loose remake of an old Charles Bronson film).

Dean:  I’m going to put a bounty on your head so big that when you look in the mirror, your reflection is going to want to shoot you in the face. 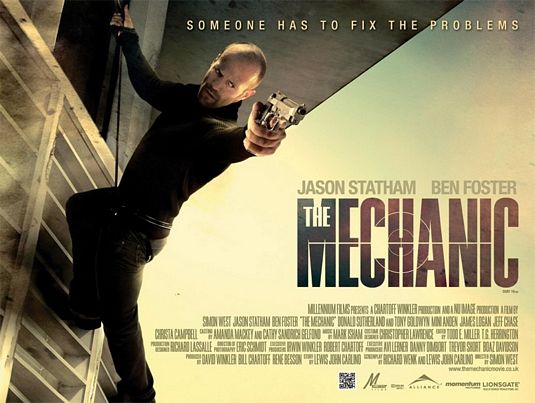