'Enter The Void' At Your Own Risk 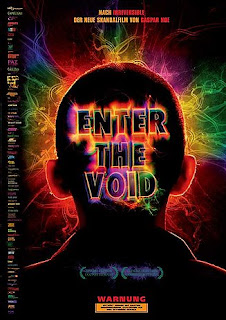 
Oscar:  Do you remember that pact we made?  We promised to never leave each other.

Enter the Void is self described by the film's director, Gaspar Noe, as a psychedelic melodrama, and that is a pretty decent way to sum it up.  Given that this film is inspired by, among other things, 2001: A Space Odyssey, basically replace that film's various themes and imagery with a trippy stroll down the world of a drug addict's disembodied soul, as he travels Tokyo and witnesses various events of his life and the future.  Also be warned that this film has the kind of audio and visual craft to plunge you into a world that could induce a seizure if you are not careful.  It is also quite graphic.  Still, on a technical level especially, this is certainly as far from mainstream cinema as one can get and certainly straddles the line between pretension and intense art.


The film stars Nathaniel Brown as Oscar.  After the pretty cool opening title sequence (which has been noted many times so here:  http://www.youtube.com/watch?v=tPxgi-PiNFE)  we find ourselves looking through Oscar's point of view, as a first person perspective.  We find out that he is both a drug user and dealer, living in Tokyo.  He has a sister, Linda (Paz de la Huerta, from Boardwalk Empire and many indie films, all of which involve her being incredibly naked), who is very concerned for his health.  Oscar's friend/mentor Alex (Cyril Roy) has attempted to pull Oscar towards a different way of life via The Tibetan Book of the Dead, which is explained in simple enough terms before a major event happens:  Oscar is shot and killed in a bathroom by police, after being sold out by a former friend of his.  This is of course no spoiler, as the film is all about the trip that Oscar's spirit takes after leaving his body.  The rest of the film follows Oscar's consciousness, as he replays past memories, watches over his sister and others during the time after his death, and basically travels all over Tokyo in the trippiest of ways possible. 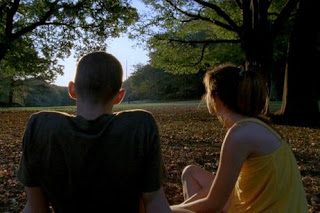 To get this out of the way:  The film is nearly two and a half hours and is certainly a long haul getting there.  Your interest in staying with this film is very much going to be determined by how much seemingly tedious business taking place, mixed with some graphic sex, and dizzying camera angles you can handle.  This is a film that is not going to appeal to everyone, even those who have been fans of Noe's previous films, such as Irreversible (which I like a lot).  The disorienting nature and many scenes of the camera panning around many, many places, even revisiting some scenes a few times can easily throw some off.

And before getting to what works, I do also have to comment on the actors a bit.  They aren't great.  No performance really stood out and I certainly did not dislike any of these actors, but it feels apparent that its casting is not the strong suit of the film.  Brown, who almost literally has most of the film hanging on his shoulders, as much of it is told from right behind his head, is very much a blank slate, which seems to be a conscious choice, but it doesn't do much to help anyone that is already feeling distanced from what the film is trying to accomplish. 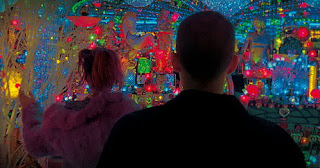 Now, with all of that being said, this film offers a unique voice and is clearly trying for something that plays around with film as a medium.  It is also a technical marvel.  While it may present a lot of imagery that no one would think they ever really needed to see (abortions and an extended orgy that has a very literal climax), the way this film flows is kind of amazing.  If you do actually get drawn into the experience of this film, you can easily find satisfaction from the way it floats through its world.  While the film has clearly been very cleverly edited, it still has a seamless feel as if one person is traveling all over the place in swift motion.  In typing all of this, I realize the challenge in attempting to describe the cinematography of this film appropriately and all I can say to that is:  This film is basically going to fuck with your head, as it shows off its technical accomplishments of presenting a trippy atmosphere amidst a dream-like vision of a dead person. 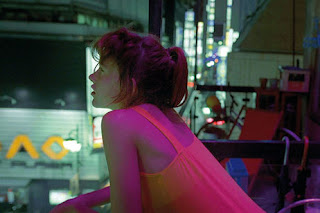 Without getting to involved with the deeper themes of what this movie presents, especially given that the film heavily deals with what the Tibetan Book of the Dead presents, I will say that if anyone is interested in a graphic, long, and somewhat tedious exercise in mind-fucking and technical innovation - this film is available on Netflix Watch Instantly, so go for it.

Linda:  This thing is not my brother. 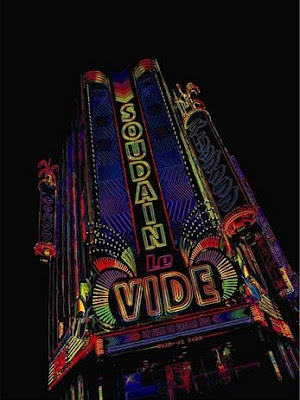