The Boogeyman Lives on Halloween


Dr. Sam Loomis: I met him, fifteen years ago. I was told there was nothing left. No reason, no conscience, no understanding; even the most rudimentary sense of life or death, good or evil, right or wrong. I met this six-year-old child, with this blank, pale, emotionless face and, the blackest eyes... the devil's eyes. I spent eight years trying to reach him, and then another seven trying to keep him locked up because I realized what was living behind that boy's eyes was purely and simply... evil.

Watching this movie again, for the umpteenth time, knowing every scare that will happen, character action that will be taken, and music cue that will continue to help maintain the tone of this film, I've come to acknowledge that I love this movie for its simplicity. By no means do I find it scary anymore, but I appreciate the way in which it has been made, how the scares as well as the rest of the film has been carefully set up and deliberately paced, and what it has tried to accomplish. Like Psycho, among others, Halloween stands as one of my favorite horror films, as I can revisit it always and enjoy everything about the film.

15 years ago, 6 year old Michael Myers brutally killed his older sister. The silent child was incarcerated in a Sanitarium under the care of psychiatrist Sam Loomis, played by Donald Pleasence. The town of Haddonfield had slowly began to forget the tragic crime, until Loomis returns to the town to warn of Myers escape from the asylum. With Michael set on killing a group of high school students, including Laurie Strode played by Jamie Lee Curtis, Loomis seeks the help of the hesitant town sheriff to stop him before it's too late. As Halloween arrives and we learn more of the now adult Michael Myers, it may actually turn out that he is an unstoppable bogeyman. 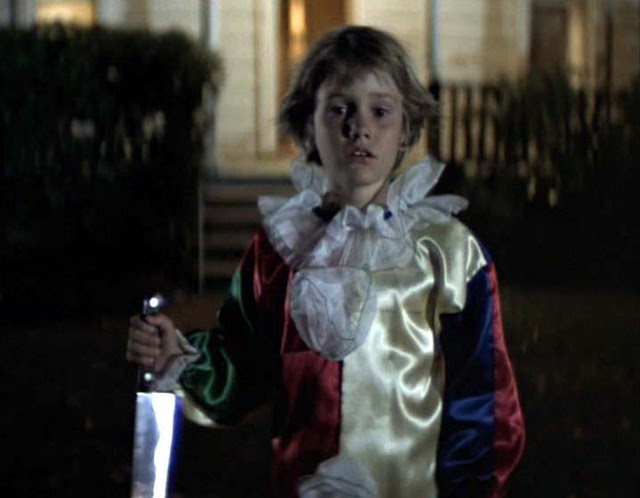 Marion Chambers: Don't you think it would be better if you referred to "it" as "him"?
Dr. Sam Loomis: If you say so.

There are sequences throughout this movie that I enjoy watching. From basic shots of Myers standing outside in broad daylight, just staring at Laurie from a distance, to sequences late in the film that spell out the soon to be seen kill scenes.I very much appreciate the way this film was crafted.

Donald Pleasence is fun in the role of Dr. Loomis. He keeps it serious throughout and makes it work. The leading ladies certainly show off the dated aspects of this film, but its nothing that bothers me and Curtis does a good job at establishing her scream queen cred.

Of course, in addition to carefully crafting the film in its direction, John Carpenter's most important element here is the music he created for the film. An iconic theme as well as the rest of the score is truly the glue that holds this entire film together. There are simple score beats repeated throughout, but it works well. 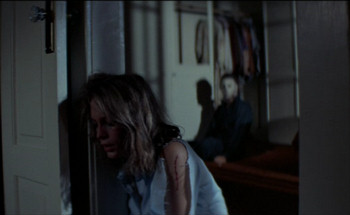 Never emphasizing gore or bloodshed, the suspense and scares portrayed in this film come from uncertainty, ominous stalking, and a surprise element, which may not be heightened to the ridiculous lengths of most horror jump scares in these modern times, but still comes across to me as something that at the time was considered very scary and still remains effective from a filmmaking standpoint in my eyes.

Its truly a film that entertains me every time I watch it. Its an annual viewing experience that I look forward too. The film is well made, accomplishes what it sets out to do, and is of course a large inspiration for many films that have followed.


Laurie: It was the Bogeyman?
Dr. Sam Loomis: As a matter of fact, it was. 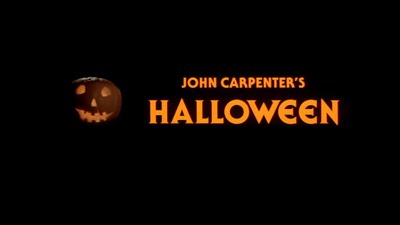