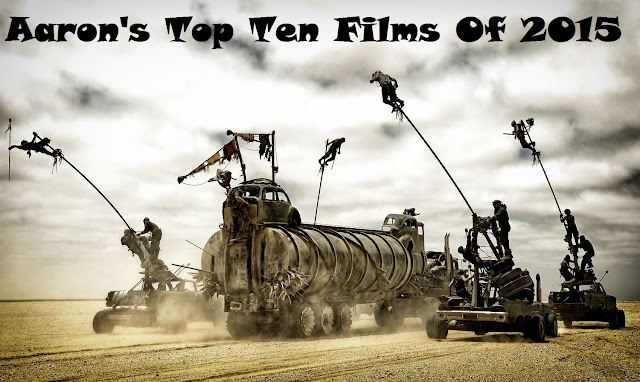 Here are my Top Ten films for 2015. It has been fun writing up posts leading to this final list of great flicks and I hope everyone enjoys what I have laid out as my favorite films of this past year. Take a look, look through the other posts, feel free to comment and most of all - Enjoy!


10. Dope
Dope was a film that easily tapped into things I enjoy. Between the witty screenplay, the underlying message and a soundtrack that can only be described as ‘dope’, this was a film I could not get enough of. Warts and all, Rick Famuyiwa made a film that puts a humorous spin on hood dramas, while adding a modern edge to open the film up to more interesting avenues. Shameik Moore leads a great cast in a star-making performance and anything else that needs to be said should just be seen in the film itself.

9. Predestination
This early 2015 release was only on a few screens and pretty much went straight to video (or whatever you call it these days), but I got caught up in this twisted time travel story. Based on a short story by Robert A. Heinlein, Predestination does a fine job of establishing a simple world and diving in based on how its time travel mechanic comes into play. Ethan Hawke is good, but it is Sarah Snook who delivers a tremendous performance that should line her up big roles in the future. She’s just one of many things that made this film such a treasure to discover and revisit.


8. Spotlight
Tom McCarthy and co-writer Josh Singer did a ton of research to deliver what is perhaps the best newspaper drama since All the President’s Men. Spotlight is a tremendous piece of work that tackles the true story of how dedicated men at the Boston Globe uncovered corruption within the Catholic Church. Making it amazing are the understated performances and the choice to stay away from the nastier side of what took place and focus on what it means to be a true journalist. Everything fell into place the way it needed to as a result, which led to a very compelling drama.


7. Creed
Director Ryan Coogler burst onto the scene with one of my favorite films of 2013 (Fruitvale Station) and now he’s back with a film that could have been a joke, but turned out to be terrific. With Rocky Balboa’s journey being over, the idea of Apollo Creed’s son getting a story of his own was intriguing enough to see and even better in its delivery. Michael B. Jordan continues to prove what a great talent he is in a boxing drama that earns the moments that make you want to cheer.


6. Steve Jobs
Danny Boyle, Aaron Sorkin and star Michael Fassbender got together for a terrific drama about the legacy a complicated man left behind, based around some key periods in his life. While Steve Jobs may not have defined a generation in the same way The Social Network could be argued to have done, this is still a very good drama that cleverly weaves together a three-act structure in a unique manner. Terrific supporting work from Kate Winslet, Jeff Daniels, Michael Stuhlbarg and Seth Rogen certainly helps as well and the commitment to this stylized presentation all help the film add up to wonderful results.

The important thing to note about this fantastic music biopic is how it puts focus on Brian Wilson and his state of mind, not the story of the Beach Boys. This Bill Pohlad-directed film delivers a well-assembled story that allows the audience to get a look at two distinct periods in Wilson’s life and what kinds of issues he had to deal with. John Cusack and Paul Dano both deliver a strong representation what was going on and Elizabeth Banks provides this film a soul that really works to balance this story and lead it to a good ending. Love & Mercy is far better than I expected it to be and easily my favorite music biopic in some time.


4. Ex Machina
Here’s a film that explores the concept of what it is to build artificial intelligence and constructs a story focused around a small set of characters. Oscar Isaac, Domhnall Gleeson (who has had a terrific year) and Alicia Vikander all do great work in a film that could almost play as a stage play, were it not for the great special effects and the work done to keep the film from feeling claustrophobic. Writer/director Alex Garland manages to bring a lot of clever shades to his directorial debut, in addition to making this sci-fi drama feel far more accessible thanks to the level of humor and wit found in the screenplay. It’s a great script with plenty to think about long after watching.


3. Victoria
Victoria is the kind of film you hear about at random and take a chance on it hoping for the best. Sometimes the results are decent enough or less. Other times you get a film that feels like a one-of-a-kind experience. This 2 hour and 20 minute crime drama was shot entirely in one take and depicts what happens to a young woman that gets mixed up in some dangerous exploits. One could say the gimmick is what makes this film work, but the approach does wonders for getting the viewer involved in every aspect of what takes place and caring about what happens. It helps that lead Laia Costa is great and the acting between her and the others all feels very natural. Victoria may be best viewed in a theater without distractions, but I thought this film was incredible.


2. The Hateful Eight
Quentin Tarantino once again manages to find himself around the top of my list, as he creates another great set of characters and allows them to deliver all the fantastic dialogue one would expect. Taking influence from a few westerns he loves, his own Reservoir Dogs and John Carpenter’s The Thing, this is Tarantino working with what is familiar as well as exploring new territory. The Ultra Panavision 70 presentation is used to winning effect, no matter how little we see outside of the fabulously titled setting, Minnie’s Haberdashery. As always, the cast do great work, as you can’t go wrong with folks like Samuel L. Jackson, Walton Goggins, Kurt Russell and others. Tarantino even went out and got Ennio Morricone to provide a score for this thing. Plenty more can be said about Tarantino’s choices to provide another angry look at racial politics, but it does little to take away from the enjoyment factor in what is another spectacular film from one of my favorite filmmakers.


1. Mad Max: Fury Road
While I was floored by the initial Comic-Con presentation of Mad Max: Fury Road, I had no idea it would turn out to be this amazing. Director George Miller delivers his long-awaited sequel and it turned out to be one of the best action movies ever made. Not only do we get amazingly choreographed scenes that are made up of ridiculously dangerous stunt work, stunning vehicle creations and killer visual effects, it also has everything else you want in a great film. The deceptively simple story contains a variety of themes involving survival, redemption and more. Tom Hardy does a lot with a little, while Charlize Theron is responsible for one of this year’s greatest new characters. Her work as Furiosa is great by itself, but it also plays a big part in how pro-female this movie (let alone the year in cinema in general) really is. That is a lot packed into a 2-hour action extravaganza and there is so much more I could say, but just know this: Mad Max: Fury Road is far from mediocre, it’s my favorite film of 2015. 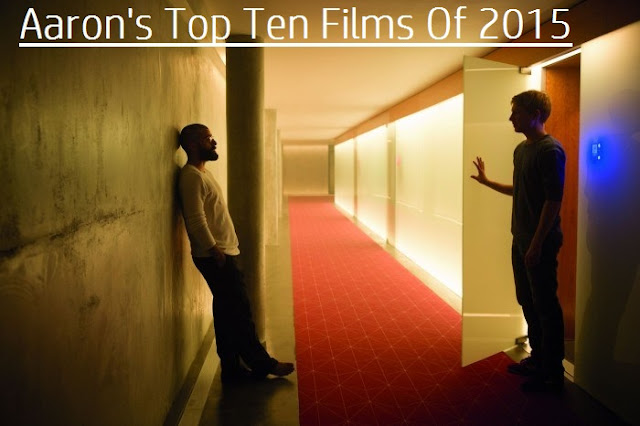 And that is a wrap for the films of 2015. I saw over 150 films theatrically and I look forward to achieving that again next year, as I continue to see many films big and small. There are the ones I know I am looking forward to, along with the ones I am sure will come at me out of nowhere. Thanks to all for reading! 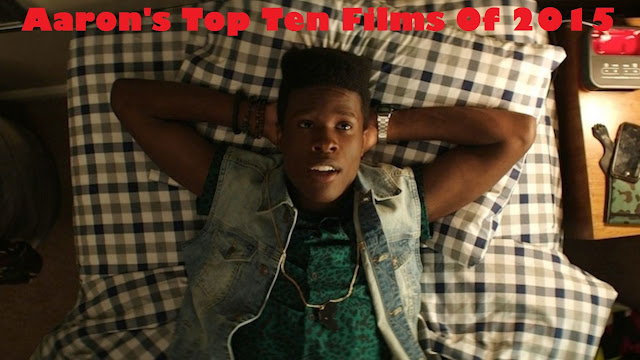