DreamWorks’ ‘Home’ Is Nothing To Phone Home About (Movie Review) 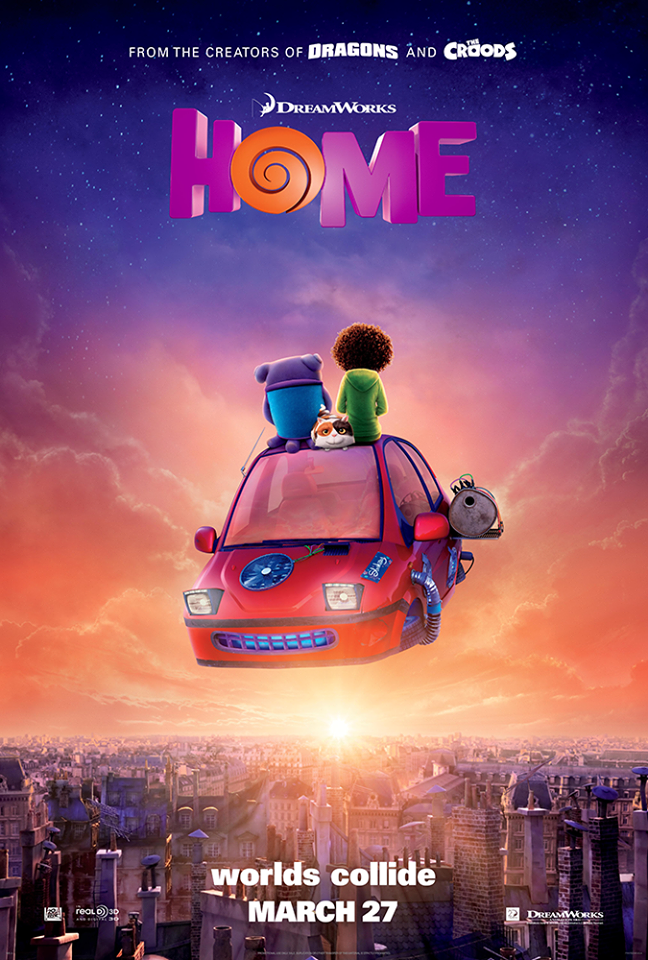 Oh: Oh, no! My hands are in the air like I just do not care!

The “cute factor” always plays a big role in animated features made for a family audience. As it stands, I am happy to watch these animated features that manage to balance a level of cuteness with some witty writing, good-natured humor, or other fairly positive elements that make for a good film. Home definitely makes attempts at cuteness, given the way we see certain characters, but I found a lot of that to be undone by the nature of the story that I could not get over. Some unintentionally uncomfortable implications of the “friendly” alien invasion that set up this story ultimately kept me from embracing the film more and the nature of the aliens known as “Boov” did not help much either. 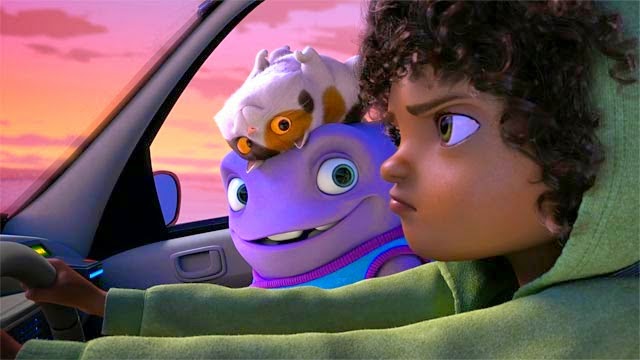 Home certainly gets to the point quick. Within minutes we are completely caught up on everything that is going on.  The Boov are an alien species searching for a planet to hide at, due to an enemy race of aliens chasing after them. Earth is selected and in no time, the Boov have invaded the planet, relocated all of the humans to Australia, and settled in. A Boov named Oh (voiced by Jim Parsons) has an accident during this transition and finds himself banished. He meets up with Tip (Rihanna), a young girl who has avoided capture, and the two team up to ideally get away from the other Boov and hopefully find Tip’s mother (Lucy, voiced by Jennifer Lopez).

Honestly, regardless of the colorful characters and neat ideas for how to portray new alien species’ and the types of technology they utilize, this film caught me off-guard right away with the whole “relocating all the humans” portion of the story. Obviously, as this is a PG-rated, family friendly DreamWorks film, we are not seeing the humans being mistreated in any way, but at the same time, this concept just got to me so quickly. I do not need the internal logic of every movie to be explained to me, but at the same time, it seems like such a quick move for something so significant, that it made it very hard for me to go along with the fun that was supposed to be had, based on this drastic change to all of earth. 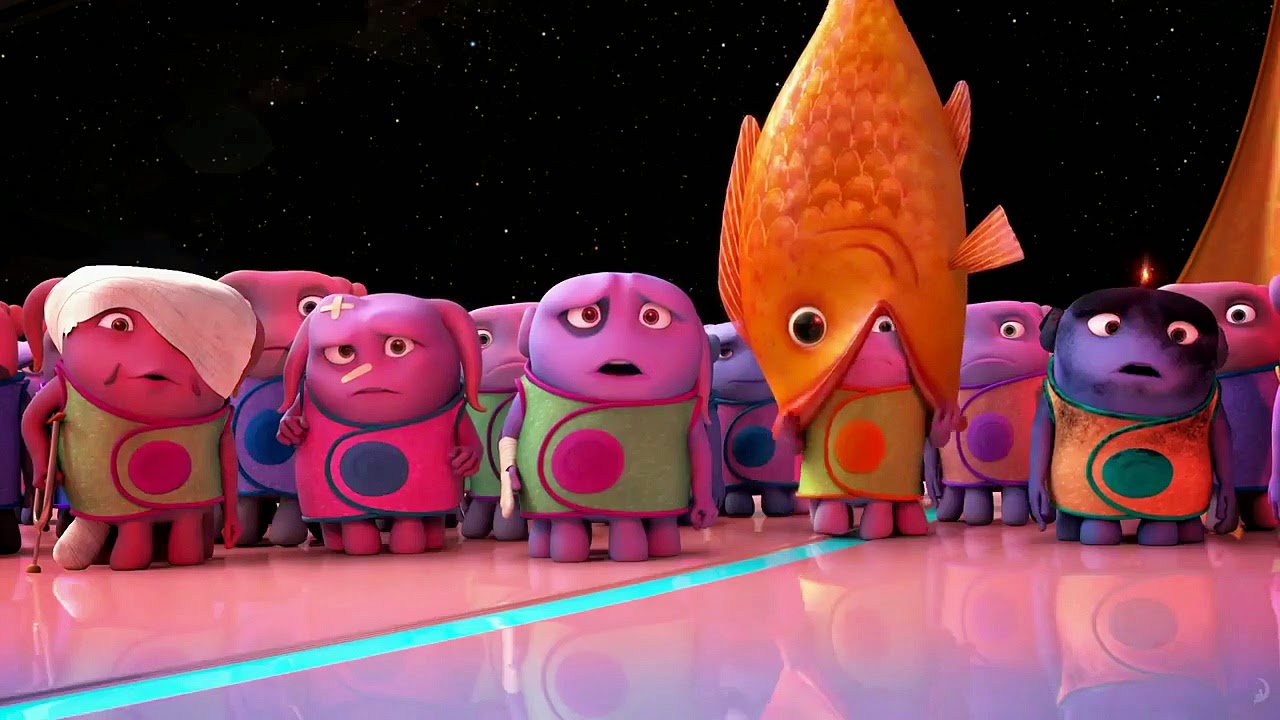 With this in mind, the Tip character is fortunately a product of the result of this sort of invasion. She is resourceful, but scared of what the Boov could potentially do, as she does not know any better and is far more concerned with finding her mother. It does not take much to get audiences to an emotional place, when it comes to showing a little girl missing her mommy, but the film does take a break from Boov characters to find its heart by showing us this. It is because of the human drama going on that I could not outright dismiss Home, but there are still other issues that keep this film from being all that worthwhile.

It comes down to Oh. In a better film or with a better screenplay, the character of Oh would be one to add to the roster of memorable DreamWorks characters. Oh is bizarre, yet has feelings, but also does funny things and talks funny as well. All of that could add up to success, but I really did not care for Oh, because it is largely unlikable and selfish, before the film finally decides to have the character grow. Yes, early on we see that Oh is lonely, but a good chunk of the film has Oh simply trying to escape, before learning the meaning of true friendship. I get that the Boov are supposed to behave a certain way, but it just was not working for me, as far as the co-lead character of the film was concerned. 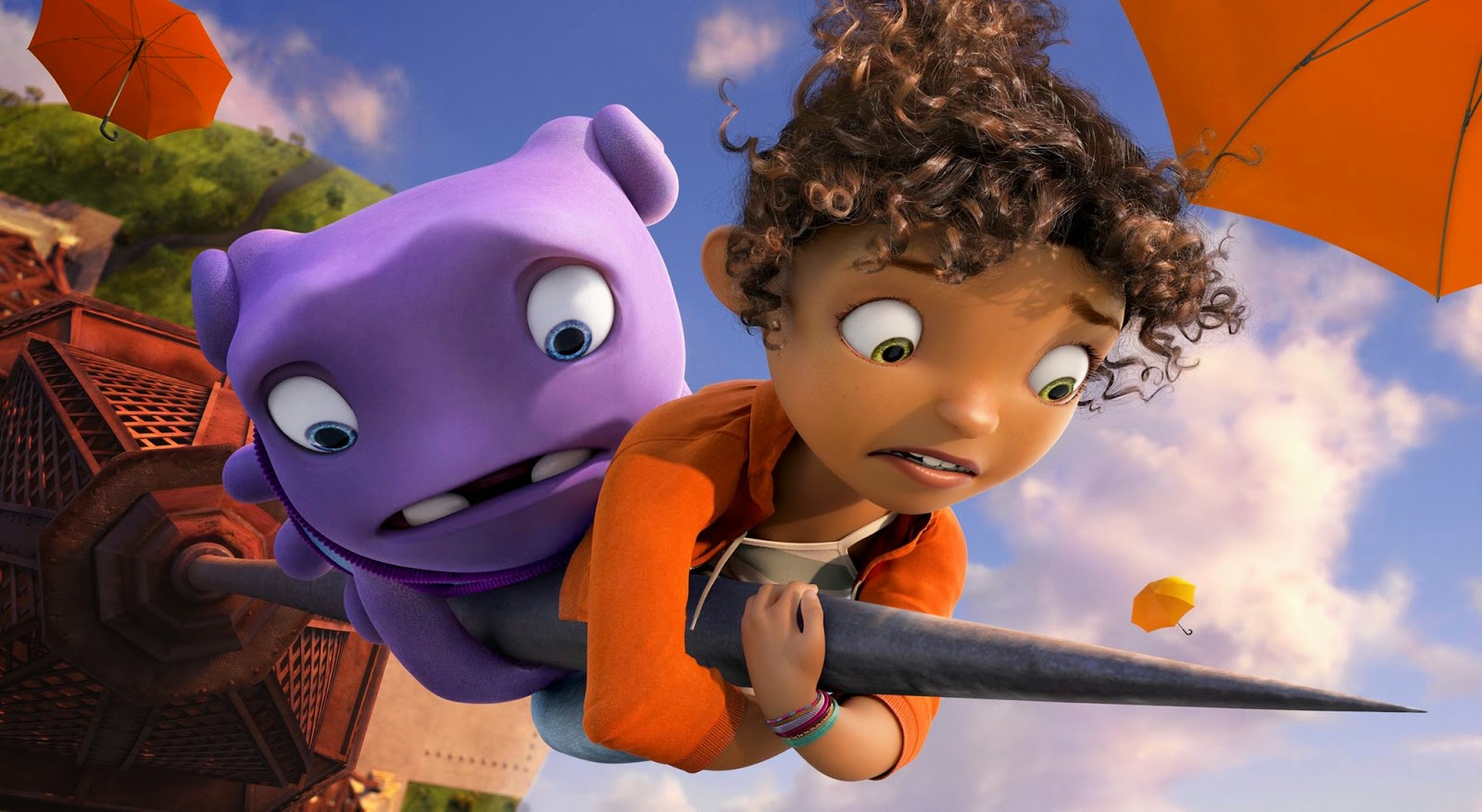 There are commendable elements of Home, as it does feature some nice animation, which is to be expected. The nature of the cast involved is fine for what is needed. Actually, this would be a good time to mention that Steve Martin is among the cast members and he seems to be having a good time, even if the character becomes a little too much over the course of the film. A lot of this film is just a little too much, as it rushes through a lot of ideas very quickly and never quite settles in a way that managed to find me significantly invested in the struggles of the characters in this fairly predictable journey.

Home is a collection of beats that you expect to see in animated features for a certain type of audience, but while the effort was there (these films do take years to make), it did not feel like much consideration was taken to have me invest in what was going on. There are some gags that work decent enough, I enjoyed the work put into Tip by Rihanna’s vocal performance and the way the story formed around her, but that is really about it. Again, the film looks fine, but Home got off to a rough start and never quite recovered.

Tip: You are a terrible driver! 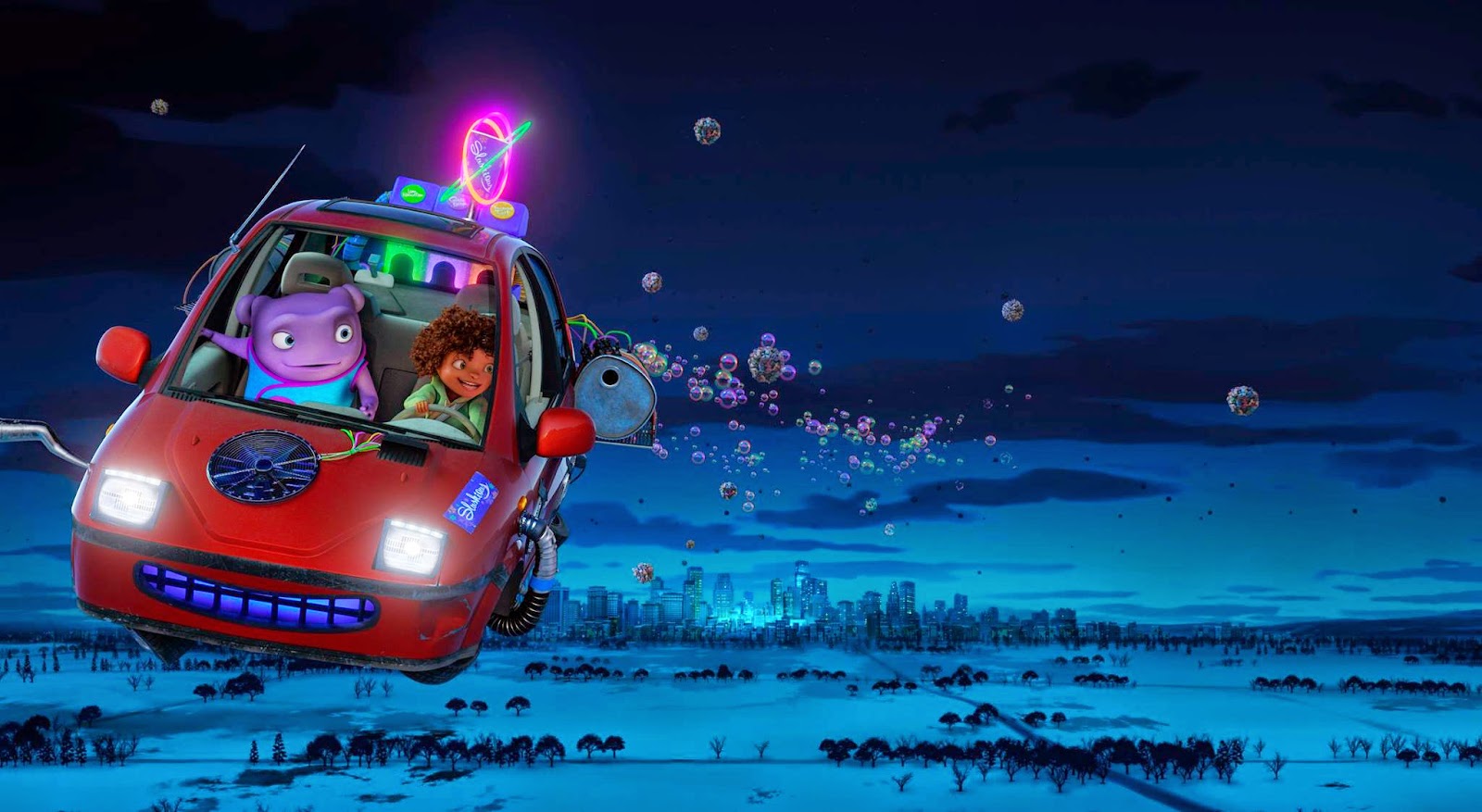