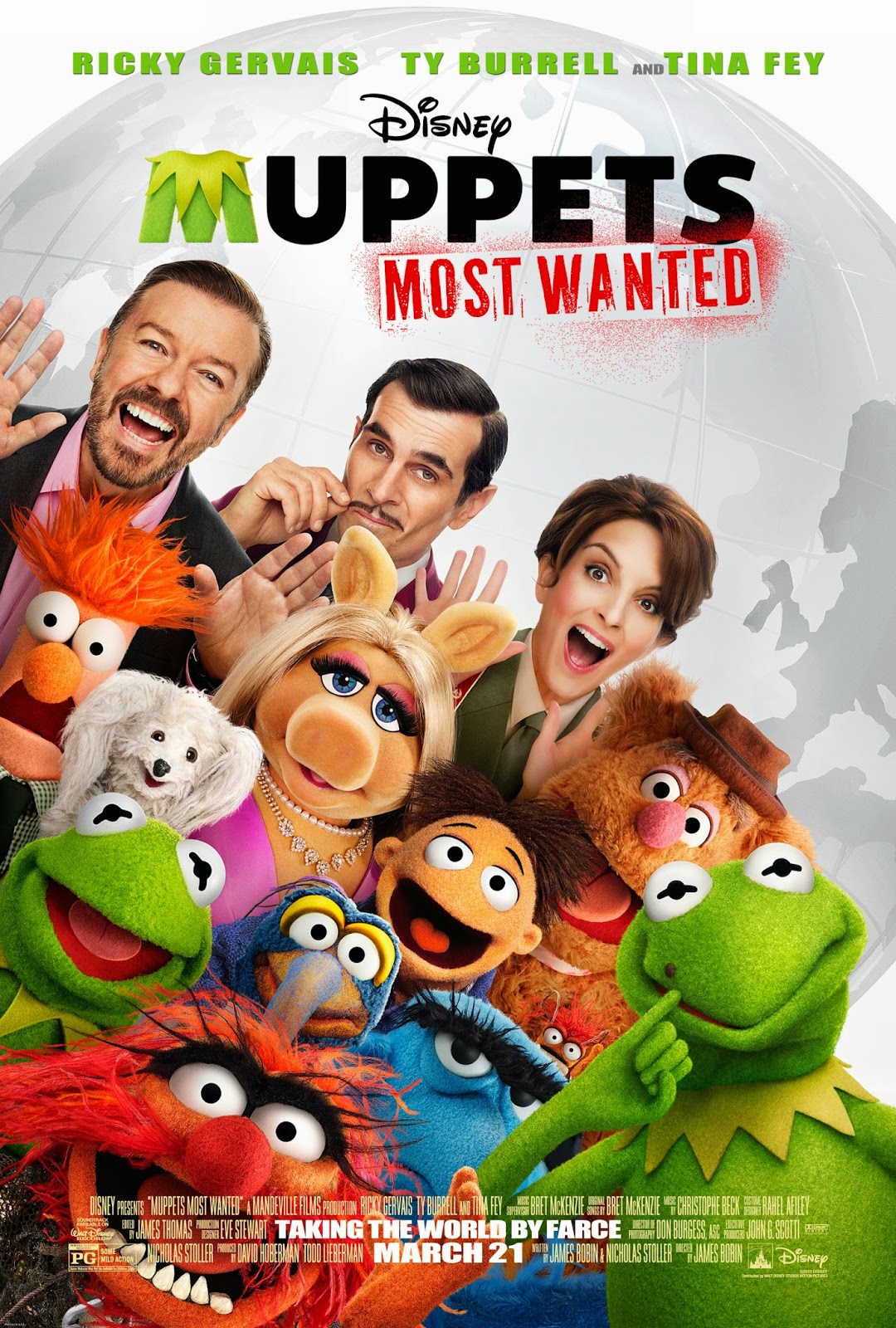 I love Muppets.  2011 gave me a big bowl of smiles in the form of The Muppets; seemingly a return of the classic characters to the big screen in the form of what could have been an emotional farewell to them.  It happened to also be a hysterical (and Oscar-winning) comedy suitable for everyone, but it definitely wanted to deliver on sentiment as well.  Muppets Most Wanted is more “business as usual” as far as Muppets movies go, as it does much less work from an emotional standpoint, with focus placed well into the madcap adventure category this go around.  As a result, the film feels less significant (which it is happy to point out from the outset), but it is still a chance to have a whole lot of fun with the Muppets, which I have no problem doing.

Picking up about half a second from where The Muppets left off, Muppets Most Wanted finds Kermit and the gang headed out on a world tour, with the intention of selling out grand theaters in places like Berlin, Madrid, and London.  This idea comes from the Muppets’ new tour manager, Dominic Badguy (Ricky Gervais), who is secretly the thieving sidekick of Constantine, the No. 1 thief in the world that happens to look exactly like Kermit, except for a mole on his cheek.  As Constantine has just escaped from a Russian Gulag, the plan is to send Kermit back to the Gulag in Constantine’s place, while Dominic and Constantine secretly rob the museums next to the theaters the Muppets perform at.  It is all quite dastardly, but that comes with the territory, when you are the No. 1 or No. 2 thief in the world (cue maniacal laugh).

Since this is a Muppets movie, the film features all your favorites like Miss Piggy, Fozzie Bear, Gonzo the Great, Animal, Rowlf the Dog (my favorite), the newest Muppet, Walter, and plenty others as themselves.  The film also stars Tina Fey as a head officer at the Russian Gulag and Ty Burrell as a French Interpol inspector who works with Sam the Eagle to figure out who is behind all these museum heists.  And it would not be a Muppet movie without scores of cameos, which range from more universally recognizable faces to ones with a more international fan-base, which makes sense, given the settings seen in this film.  I won’t spoil them here, but I will say that Kermit gets to work with my new favorite set of criminals in the Gulag. 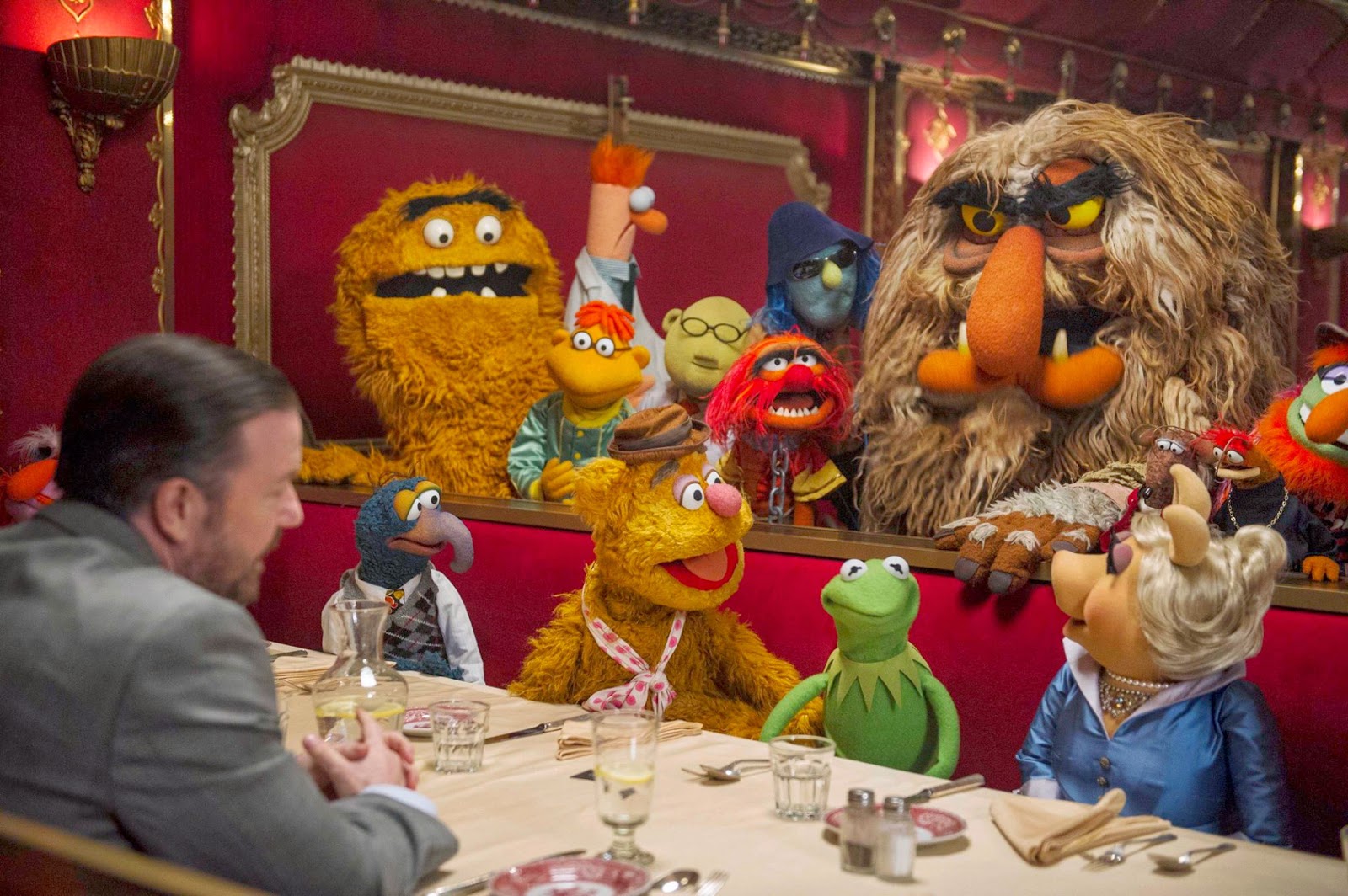 As for the film itself, Muppets Most Wanted manages to get the job done, in terms of being a satisfying Muppet experience, where I was able to laugh plenty and walk out of the theater with a smile on my face.  With that said, I cannot deny that there has been a downshift in the overall quality.  Again, as the film is less about being a fun time combined with emotional resonance, and more about being a jokes-per-minute machine, not every one of them is going to land.  The film did a fine job of making me laugh quite a bit and the humor manages to be fitting for kids and adults in terms of the classic-type comedy put on display, mixed with some pop culture humor, some witty banter, and that Muppets-style of irreverence, but it just could not quite sustain itself entirely, without feeling a bit flat now and again.

Part of this comes from the plotting.  Sure, Muppets Most Wanted gets by on a very simple plot, as it does not need to be very deep in order to get to the silliness it really wants to deliver on, but having the plot that it does keeps us away from a lot of Muppets in order to keep us involved with the villains and only a few major players throughout the film.  Returning director James Bobin and returning co-screenwriter Nicholas Stoller certainly get the charm of the Muppets and know how to make movies like this work for the most part, but I got the sense that this film was not quite the best material they had to offer, compared to the heart and soul they seem to put into The Muppets. 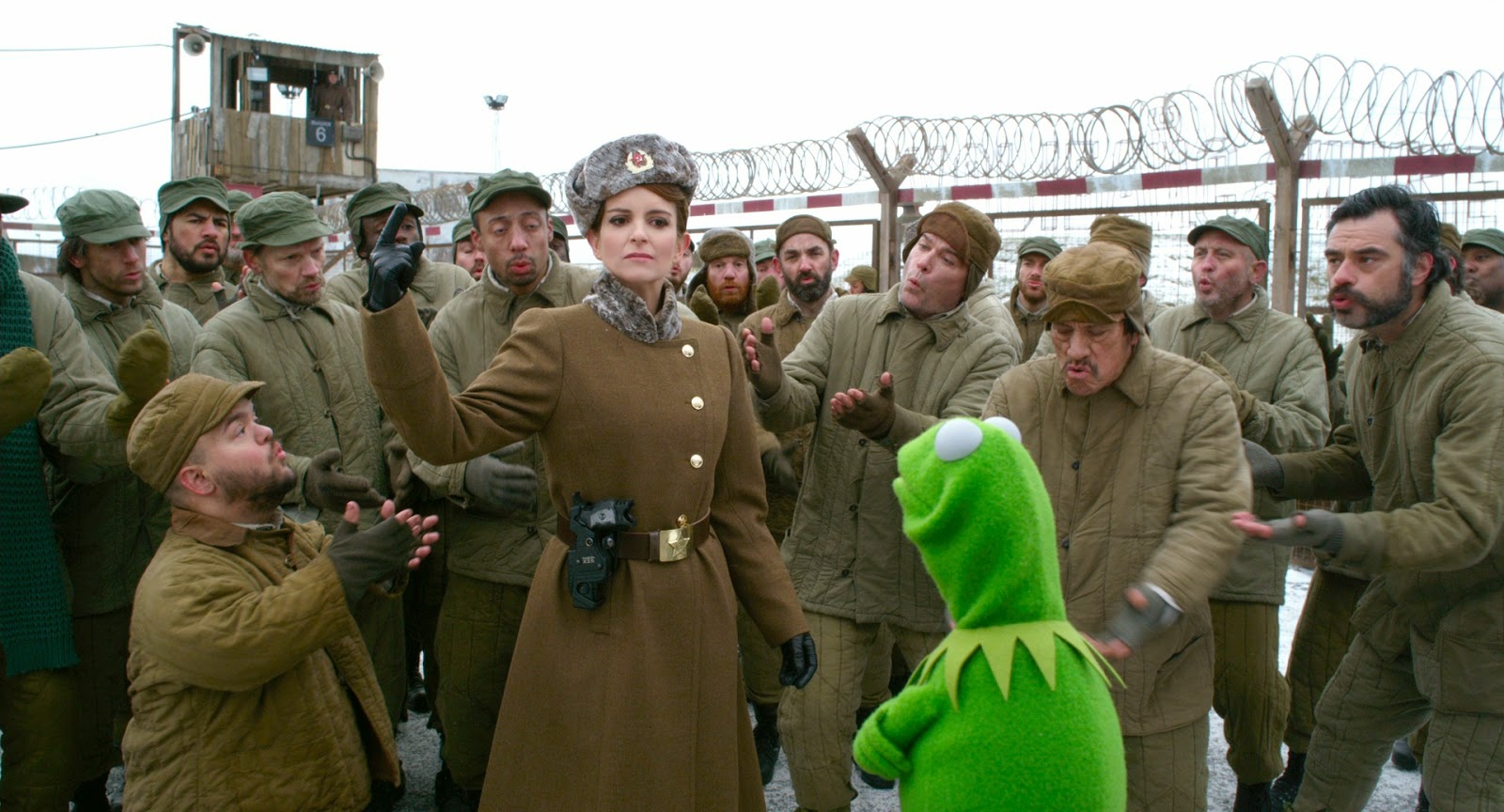 Moving away from these quibbles though, Muppets Most Wanted did make me laugh a lot at times.  There are a couple gags in particular that I am still chuckling at.  Songwriter Bret McKenzie, who won an Oscar for the song “Man or Muppet” and may or may not have been involved in getting his Flight of the Conchords partner Jermaine Clement in this film, has returned for ‘Most Wanted’ and he continues to deliver enjoyable and very Muppet-y songs.  They may not be as catchy as the ones heard in The Muppets, but I was still quite pleased with how they played in the film.  Additionally, while Jason Segel and Amy Adams have stepped away from this sequel (as most human characters do in subsequent Muppet films), Ricky Gervais, Tina Fey, and Ty Burrell are very funny talents in their own right and fit right into the Muppet universe.

Muppets Most Wanted is an enjoyable caper comedy that happens to star characters that always make me happy.  There are plenty of gags and songs to enjoy; and even if the film does not ride on being anything more than a fun time with some old friends, it still has plenty of energy and the high spirits of many who love getting to be a part of making films like this.  It is the kind of film made for everyone and I hope it can be enjoyed as such.

Kermit: And not one single person noticed I'd been replaced by an evil criminal mastermind?
Fozzie Bear:  It sounds worse than it was...
Walter:  No, it's as bad as it sounds. 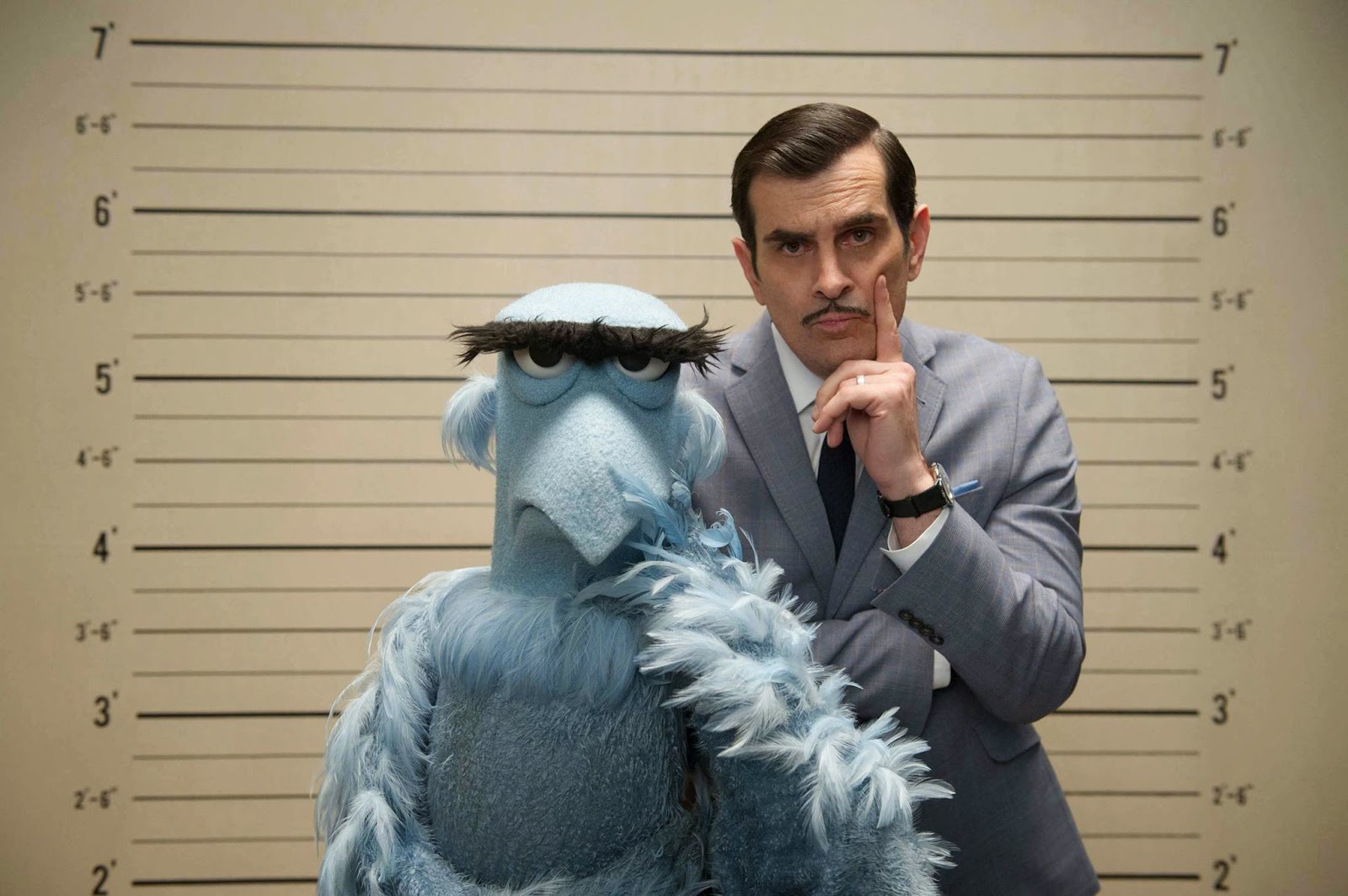 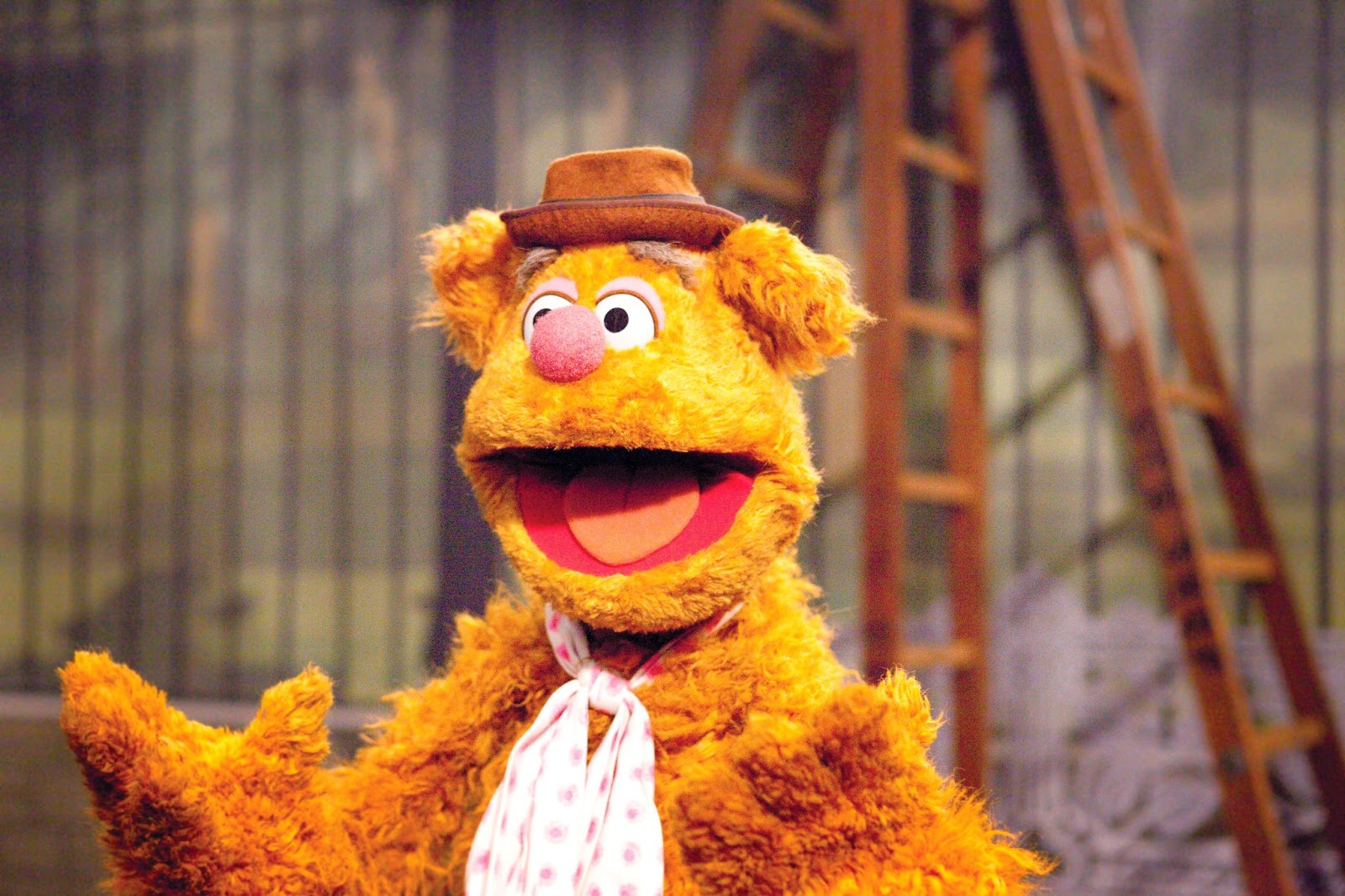 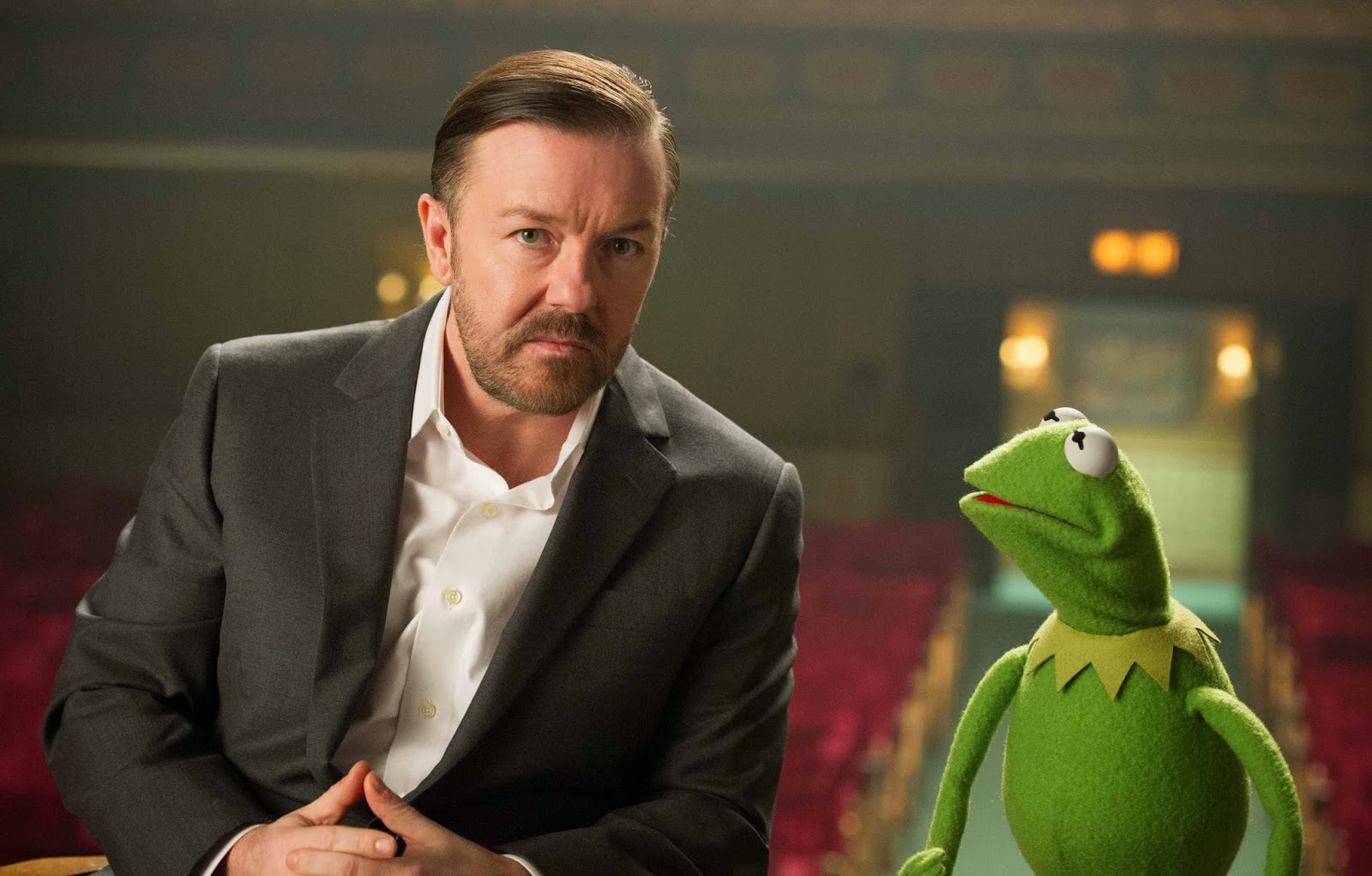 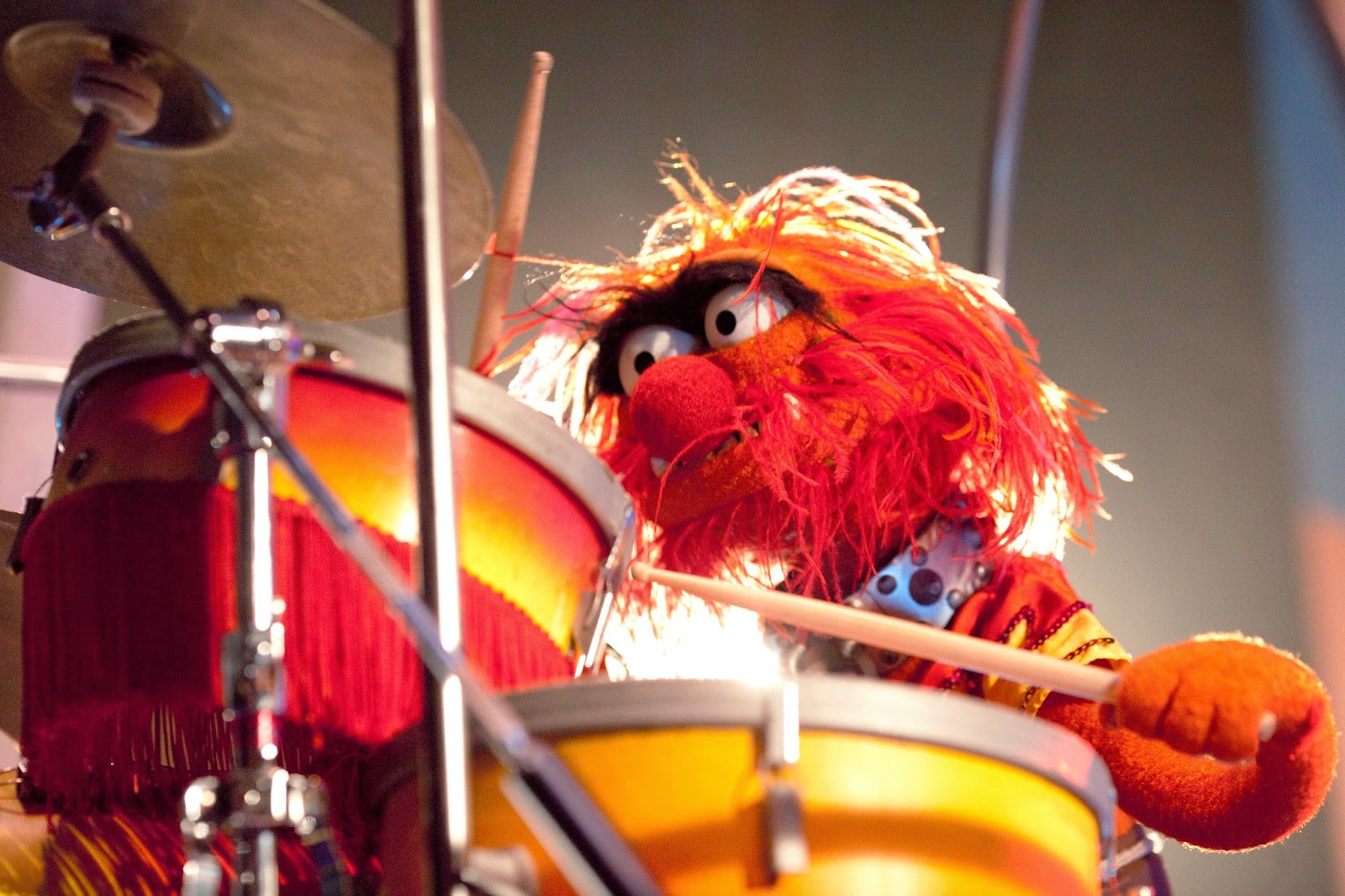