The 86th Academy Awards On An Alternate Timeline 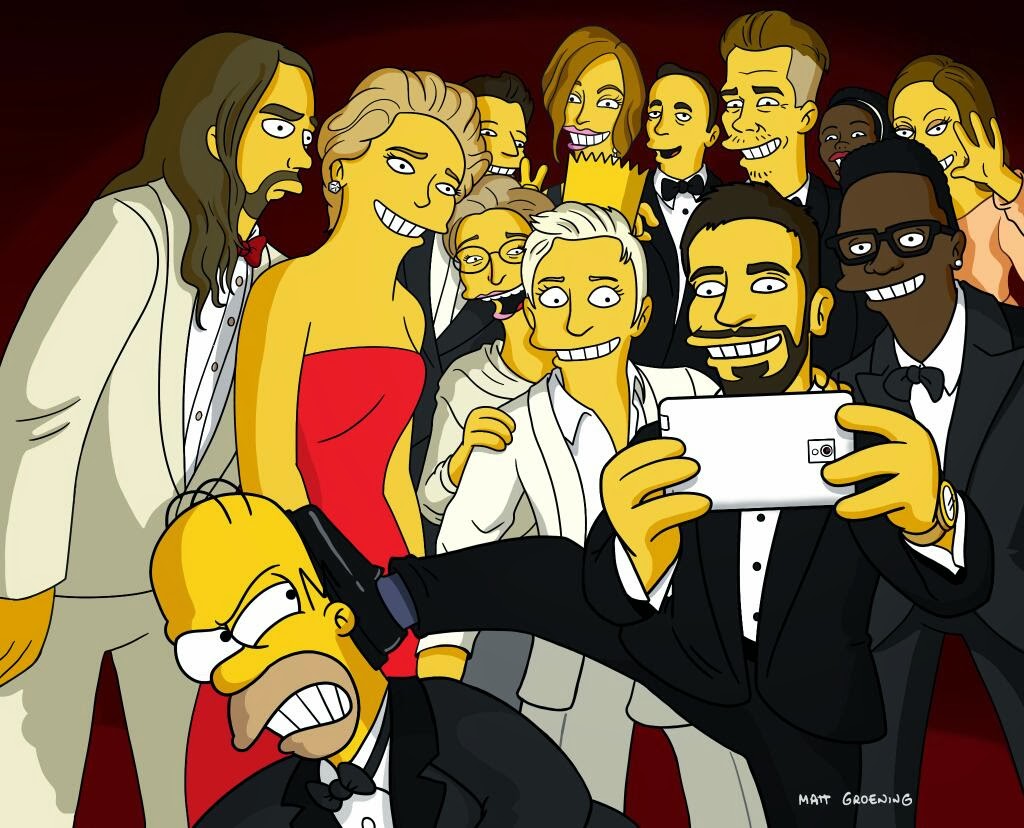 What a wacky awards show that was!  While the Academy Awards has always been a fairly stuffy event, with the occasional bit of humor coming in the form of humorous hosts, presenters with gusto, and the occasional flub, the awards themselves are rarely exciting if one has been following the race to Oscar.  This is why the events of last Sunday were such a surprise, as all bets seemed to be off, once the awards got underway and some true surprises emerged.

With previously announced host Ellen DeGeneres falling ill hours before the ceremony, the replacement host coming in the form of Meryl Streep was a big surprise.  Her fairly restrained monologue was met with great applause, following her admission that she could not fathom winning again and decided to take on hosting duties, so she could at least have an interesting night, rather than simply let people talk about what an honor it is to be nominated in the same category as her.  The fact that the opening of the show closed with an impromptu dance number, featuring Hugh Jackman, only proved to show how the Academy and ABC were pretty much ready for anything.

Moving on though, the first award of the night was all but guaranteed to go to 30 Seconds to Mars singer and former My So Called Life star Jared Leto, but he was surprisingly upset by Jonah Hill, who made sure to throw on his veneers, before making a big speech oddly thanking both his mother and Leonardo DiCaprio with the same amount of passion.  It will be hard for everyone to forget how Hill managed to thank Judd Apatow and Michael Cera in front of millions, while strangely avoiding the words “Martin Scorsese”, but it was an odd speech all together, given that he also decided to pitch Moneyball 2: Beane’s Back. 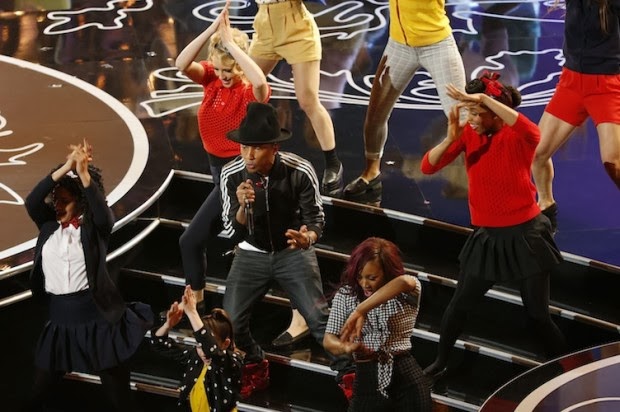 It would be a while before we came to the next performance-based Oscar, but that did not stop the show from handing out plenty of awards to unlikely recipients, including Pharrell Williams for his song “Happy”, Thomas Newman for his Saving Mr. Banks score, bringing an end to his long losing streak, and the film Jackass Presents: Bad Grandpa for Best Makeup and Hairstyling, which led to an old man coming up to the stage to accept the award.  It later turned out to be a drunken Spike Jonze wearing some convincing prosthetics, but his speech was as endearing as it could have been, given his loss to Woody Allen, for Best Original Screenplay, later in the evening.  The fact Allen actually showed up, only to accept the award and give the finger to specific individuals in the crowd will go down in infamy, but Mia Farrow’s Instagram response, featuring an insult too explicit to describe, was an even crazier occurrence.

Perhaps the strangest running theme of the night was the shut out for Gravity, when it came to the technical categories many thought were a sure thing for the space-set disaster drama.  Visual Effects rewarding The Lone Ranger likely ruined many people’s Oscar predictions, but both sound awards going to Lone Survivor, production design and editing both going to 12 Years A Slave (its only awards of the night), and Cinematography awarding Prisoners (which finally broke Richard Deakins’ losing streak too), all seemed like the Academy discovered something nasty about Gravity that took away all its chances at winning anything.  Alfonso Cuaron’s sad face certainly showed disappointment, as did his very public, tear-filled hug with Sandra Bullock, before he exited the ceremony.

Getting back to the performances, once Best Supporting Actress came around, eyes were all over Lupita Nyong’o and Jennifer Lawrence.  This must have been why no one knew where June Squibb was sitting, when her name was announced.  Nothing to fear though, as Squibb charged through the aisles and skipped up to the podium, with a speech that was as rousing as DiCaprio’s words to his company in The Wolf of Wall Street.  I think she actually dropped more F-bombs though. 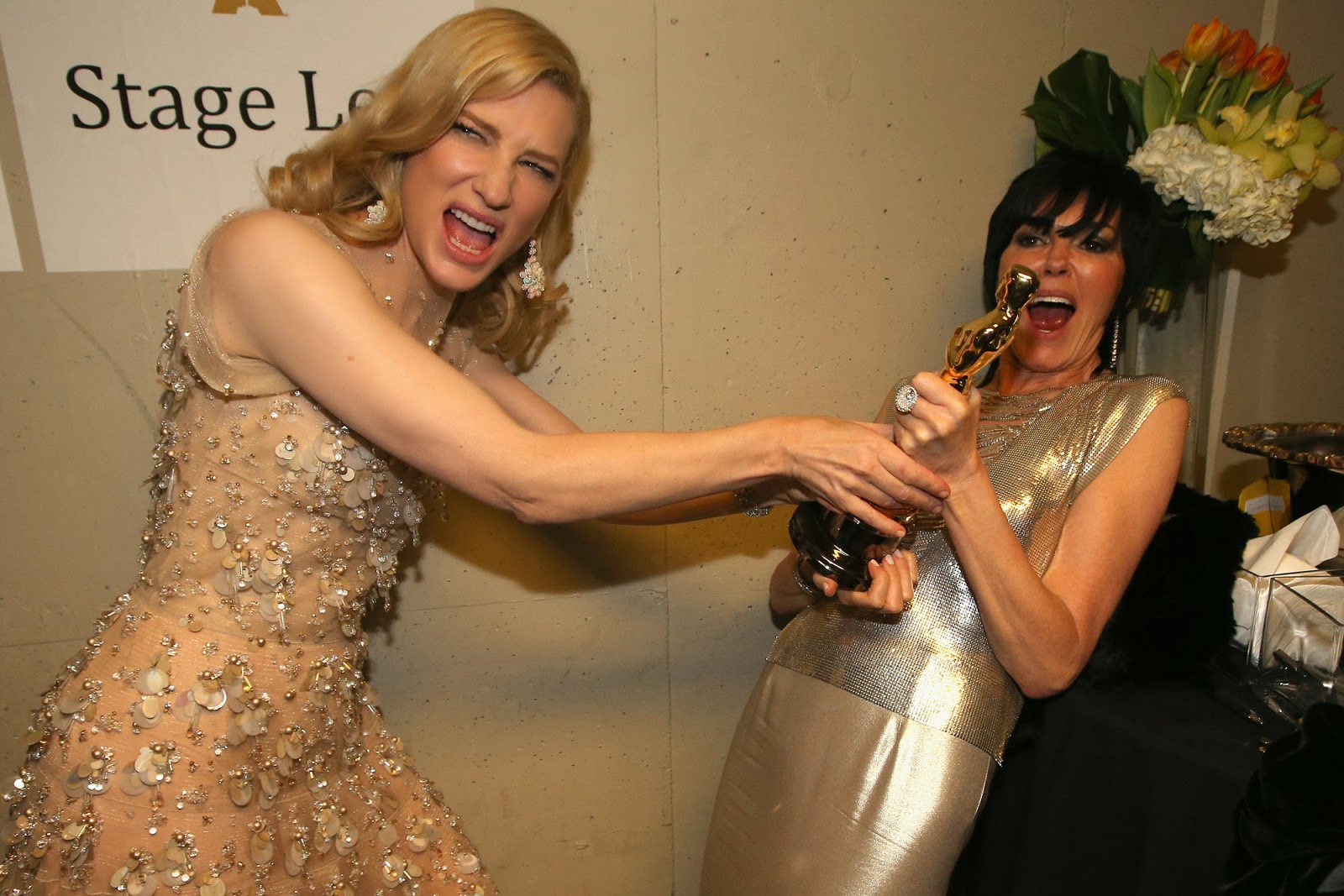 Best Actor going to Bruce Dern practically felt natural at this point, given the strange vibe seen throughout the ceremony and with Squibb just having gotten back from her photo session back stage, but his speech was actually a review of Best Animated Film winner Ernest & Celestine, which he just could not stop talking about before, during, or after the ceremony.  It helped that Will Forte, in a bit that seemed a little too rehearsed, yelled, “Dad”, from the balcony, before Squibb started shouting obscenities at her onscreen husband, but needless to say, there was more of an awkward tone heard throughout the audience than in Zack Effron’s words as a presenter (yes, he flubbed his lines in both timelines).

Speaking of awkward, the fact that Meryl Streep actually did end up winning caused a lot of blushing on her part, as she was busy preparing for other hostly duties, only to be called up on stage and, in a panic, had half of one outfit on and half of another mostly on.  That said, she gave the wink and nod to Harvey Weinstein, who was in the crowd, seated next to Michael B. Jordan, likely discussing his recently announced prequel plans for Fruitvale Station, as he was still upset that he chose not to support the film as much as he could, for the sake of awards consideration.

It almost isn’t worth mentioned David O. Russell and his win for Best Director, as the chanting of “David David David” could seemingly be heard throughout the country, the way it was echoing out of the Dolby Theater.  Still, his announcement that Bradley Cooper and Jennifer Lawrence would be starring in his next 8 features was one that deserved attention, given how the two quietly joined him on stage, yet said nothing.  As they joined hands and bowed at the end, one could only imagine the kind of party they would be having together, later that night.

As it finally came time to present the best picture winner, the insanity of the evening left no doubt that one of the dark horses would certainly be coming out on top.  It made the most sense that Philomena was in fact the winner, given the earlier win for Best Adapted Screenplay by Steve Coogan and Jeff Pope.  While a beguiling pick for many in the audience, including the real life Philomena, who was in attendance and was happy to walk up on stage, the negative roars heard by Steve McQueen and Alexander Payne were not ones to overlook either.

All in all, this was a night to remember, as there is sure to not be one like it anytime soon. 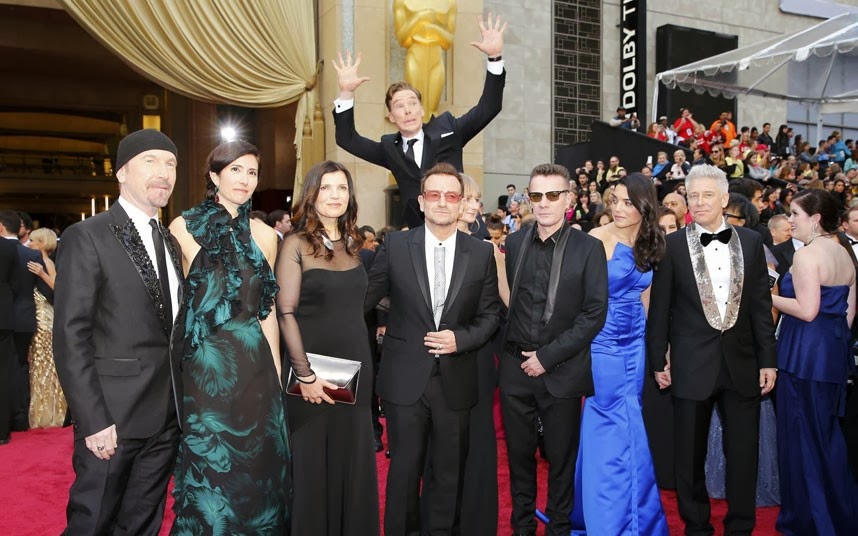 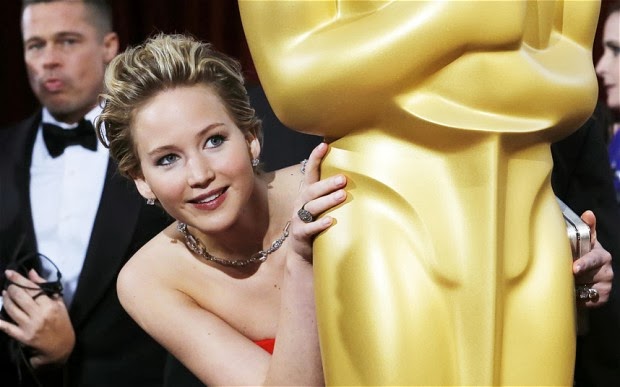