Fasten Your Seatbelt And ‘Rush’ To The Theater 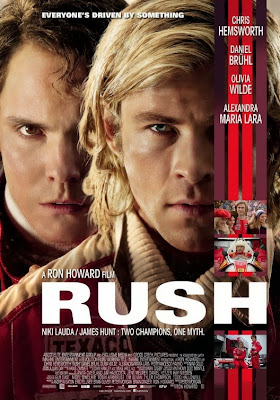 James Hunt:  Don’t go to men who are willing to kill themselves, while driving in circles, searching for normality.

Rush is an incredibly solid drama that features fine film craftsmanship on display, solid performances from the lead actors, and a well-oiled story that respects its audience.  While the film is based on facts, it rarely dips into dramatized scenes that lessen the entertainment value to be found in the film.  It is the kind of feature that has a little something for everyone, as far as these adult-skewing dramas are concerned.  Director Ron Howard has put together a genuinely exciting feature that balances all its parts to great effect and he makes sure that you really hear the engine of this film hum cleanly and loudly. 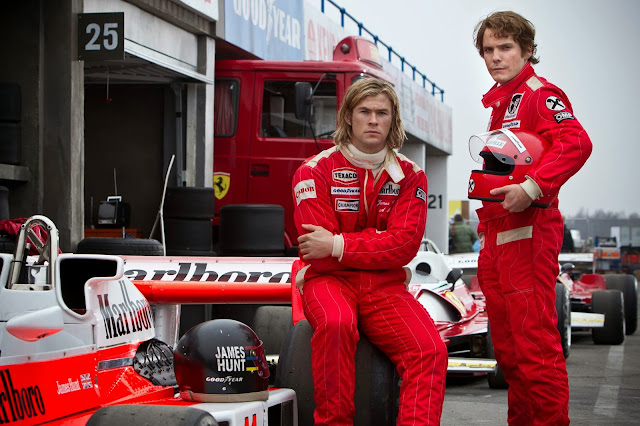 The film is based around the 1970s rivalry between Formula One racers James Hunt (Chris Hemsworth) and Niki Lauda (Daniel Bruhl).  Hunt is a headstrong British racer, who is completely aware of his own ego and does not let that get him down.  He has proved himself on the track; even if he is willing to take dangerous risks, but does not let these dangers stop him from partying it up at night either.  Lauda is a neurotic Austrian racer, who is incredibly skilled at knowing what is needed to make a racecar reach its full potential.  He has a habit of calling everyone around him an a**hole, but as Raylen Givens, from TV’s Justified once said, “You run into an a**hole during the day, you ran into an a**hole. You run into a**holes all day, guess what, you’re the a**hole.”  Lauda is by no means a bad guy, but charismatic is another story.  Both men face off against each other throughout the film, as we watch them come to terms with how worth it the ‘rush’ really is.

It is funny how one thing was nagging at me, leading up to my viewing of the film.  Despite being a dramatic and generally good-looking film that I wanted to see, especially as I tend to like Ron Howard’s dramas, it certainly seemed like Rush was going to be the dramatic version of Talladega Nights: The Ballad of Ricky Bobby.  I was very happy to see that if anything, Ricky Bobby owes a lot to this real life rivalry, as it was all very compelling to watch on screen.  I have no doubt that certain aspects of the relationship we see between Hunt and Lauda have been exaggerated to an extent, but Rush makes up for this by keeping it a show of one-upmanship and eventual respect, rather than a story of guys who were too stubborn and macho to think of anything else.  Rush is just as good a biopic as it is a classic sports rivalry story and I really appreciated that. 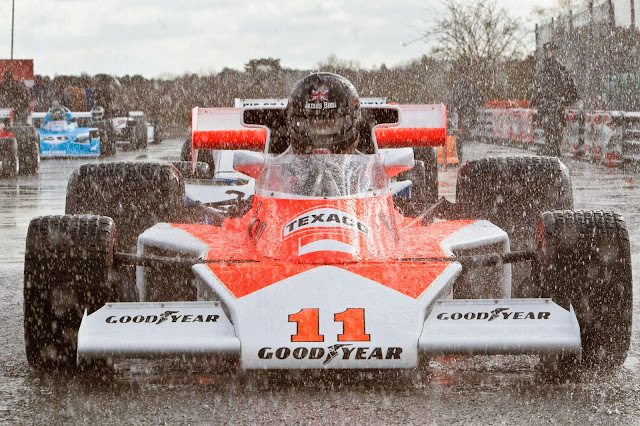 As far as the racing action is concerned, the film is a great technical achievement, as I am sure there was plenty of work done to combine practical and CG effects to recreate these big races and the stadium settings from the 70s.  Knowing that this is a fairly low-budget film, I was very impressed by how good a lot of these sequences looked, given that I was looking at what is the equivalent of seeing other planets in the background during some sci-fi movie.  Regarding the actual racecars, I am no car guy, but the film did a great job of having me believe these guys were driving fast and furious down slick roads and around sharp turns.  The best part of all this is the sound design, which I would have a hard time believing won’t get awards recognition in the near future.  As these cars race around, the film does a great job of putting you in the moment, as you hear these engines being pushed to their fullest, as two men do everything they can to beat each other on the track.

Speaking of these two men, both Hemsworth and Bruhl do great work here.  The edge goes to Bruhl, but Hemsworth does a lot to show what he is capable of, outside the realm of action.  His character is certainly a braggart, but this doesn’t stop him from engaging us and allowing the audience to see his vices in action, regardless of how inherently skilled and good of a person he may be.  We get enough from this film to know that his marriage to Suzy Miller (Olivia Wilde) is doomed from the start, but the work done by both actors to play out this part of Hunt’s life is handled quite well.  It is the kind of standard subplot that is actually aided by what we’ve seen from Hemsworth throughout the film.  It is almost a shame that he still comes in second place to Bruhl. 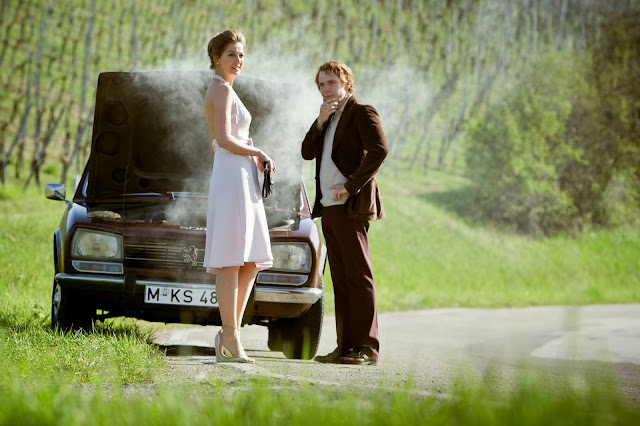 Daniel Bruhl (Best known as the hapless Nazi sniper from Inglourious Basterds), is superb as Lauda.  Just as effective as a properly assembled engine, the attitude of this man is so fully realized, that it becomes a great joy to watch him be so bold and bullheaded about things.  He is a demanding person with little in the way of sense of humor, but that makes him all the entertaining to watch, as well as all the more tragic, when the film reaches certain inevitable points in his life.  Bruhl absolutely nails what is required for this character, which also allows him to both separate himself from who Hunt is and provide a different type of underdog that many would be used to seeing in this sort of film.

At this point, it just becomes a list of things I enjoyed about the film, but it is because Rush is such a satisfying feature.  Ron Howard excels at this type of feature, but the screenplay by Peter Morgan is so wonderfully constructed that it rarely feels like Howard would have had a chance to overdo anything.  The cinematography by Anthony Dod Mantle allows this modern film to really dive into having the look of a 70s drama.  Hans Zimmer has created a stirring and memorable score that suits what we are watching.  And the crisp editing by Daniel P. Hanley and Mike Hill allows for exhilarating race sequences, balanced with a well-tuned drama off the track. 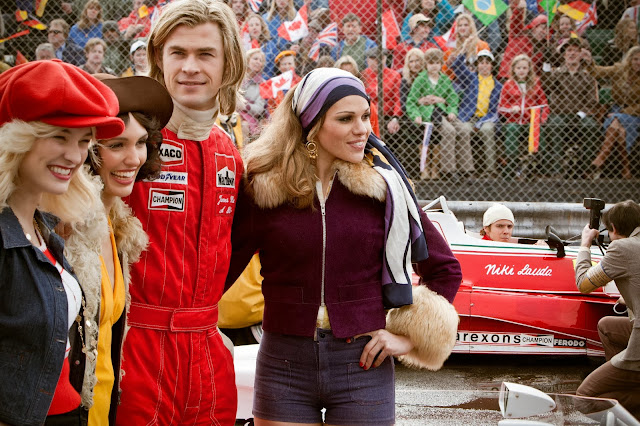 It has been a while since I was this positive about a film by Ron Howard, a director who knows how to play it safe at times, but Rush really has him gunning for the finish line and he earns that checkered flag wave.  The film is exciting to watch for both its spectacle and its drama, with a very respectable performance from Hemsworth and a real star-making turn for Bruhl.  This is the kind of entertaining biopic that I was happy to embrace and would not be surprised if it finds a large audience to support it as well.

Niki Lauda:  To be a champion, you have to really believe it. 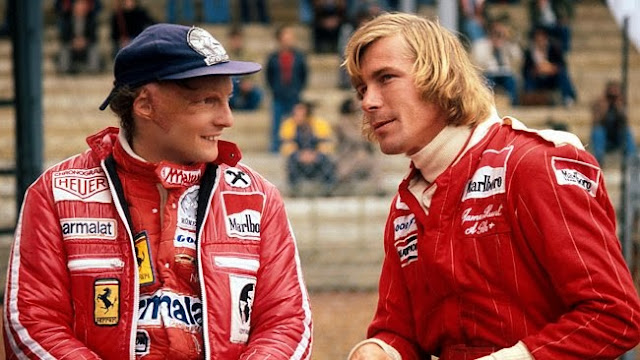