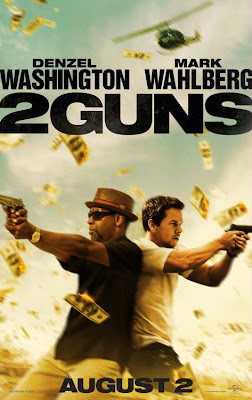 Bobby:  Have you ever heard the saying, “never rob a bank across from the diner that has the best donuts in three counties?”

2 Guns is a lot of things, but calling it ‘good’ is something I am having trouble trying to do.  Given that the film is based on a comic series, which I assume is very pulpy and full of dark humor, I could give it the benefit of the doubt that it is supposed to feel like light fun, with the occasional amount of gritty menace.  At the same time, the fact that this big budget film, with A-list stars, feels just as much like a 2-hour series premiere of a new show on TNT called “Trench & Stig”, does not exactly have me deeming this film as one to race out and see.  2 Guns revels in plot twists, characters threatening each other, wavering allegiances, and plenty of gun fights.  It is not all that original and more convoluted than clever, but star chemistry can go a long way. 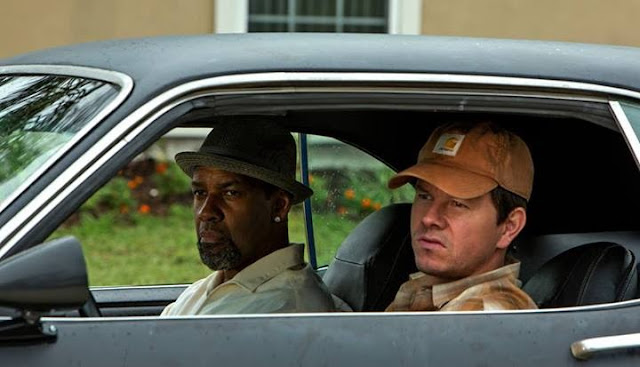 The film stars Denzel Washington and Mark Wahlberg as Bobby Trench and Marcus Stigman.  When we first meet them, the two seem like fun-loving criminals.  There is of course more to this, but to get the setup out of the way, Trench & Stig set things in motion by robbing a bank that they believe contains all the funds of the leader of a drug cartel, Papi Greco (Edward James Olmos).  The two successfully rob the bank, only to turn on each other.  The twist of the matter is that both Trench and Stig are lawmen in some way.  Trench is a DEA agent and Stig is an NCIS agent.  Neither was aware at the time, but both become rogue agents, as their ties are cut off from their respective agencies and all they can do now is reluctantly reteam with each other.  One of the biggest issues they face is getting the money they stole back to its proper owner, which is being overseen by a menacing operative played by Bill Paxton.  These two guns will have to use their considerable skills to hopefully come out on top.

“Laid back” can be applied in a lot of ways to the efforts applied to make this film work.  Credit where credit is due, director Baltasar Kormakur (who also directed the Wahlberg film Contraband) has made a well-shot, good-looking movie.  As far as action films go, there is a workman-like construction that fits up to the status of average action filmmakers who are still able to make the action look very good on film (think The Transporter and many Luc Besson-produced flicks).  One sequence in particular, which goes from car chase to fist fight, is a true highlight and filmed in a way that is easy to comprehend and fun to watch.  With that out of the way, there is an attitude to this film that really feels like it is coasting and hoping an audience does not mind how convoluted the actual story gets. 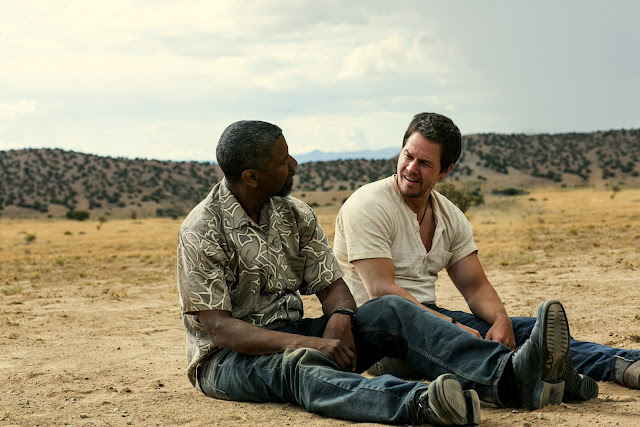 This film has a lot of twists and turns, various flashbacks, revelations about certain characters that make the plot less clear until reveals are made later on, and other techniques to keep the viewer invested, but it comes off as an exhausting exercise instead.  It does not help that one could look at these characters and piece together, pretty simply, where they will end up by the end of the film, making the whole middle section feel fairly inconsequential from a story standpoint.  Given that I have already described the film as “laid back” in tone, I still haven’t quite decided if this makes 2 Guns better or worse, because of how plot-heavy the story actually is.

I would lean towards better, because the real saving grace of this film, which gives it the status of a film that is ok to catch when it hits HBO or something, is the camaraderie of Washington and Wahlberg.  Both actors are not exactly giving the performances of their lives, but they slip comfortably into their roles and have great chemistry together.  Washington plays up a level of confidence mixed with the wily energy that won him an Oscar for his work in Training Day.  Wahlberg is playing up his comical side for the most part, which is my favorite side of Wahlberg in films these days. 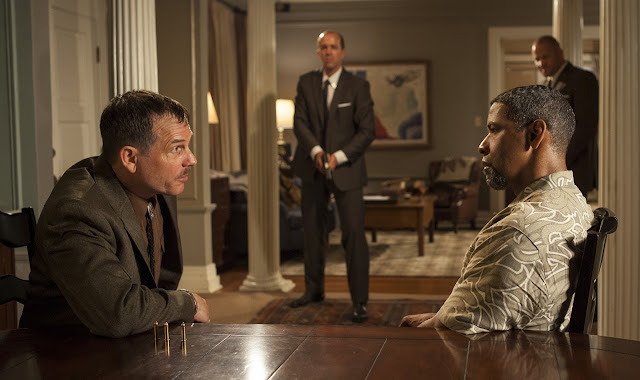 How much an audience member likes this movie will largely come based on how much they enjoy these two actors.  When separated, they are doing nothing they haven’t done before, so their onscreen personas are going to be a deciding factor there.  Given that much of the film does have them together, I would have to say that the film is much more enjoyable because of how they share dialogue, spar, and basically match wits with each other.

This film is not without its share of supporting characters either.  The best is easily Bill Paxton, who is having a ton of fun chewing up the scenery as this vicious operative, happy to solve his problems by putting a spin on Russian Roulette.  Paula Patton is always a pleasing sight as well and her role in this movie is almost irritating as they try to make her function in two ways,  but not quite having it register in a way that is truly effective, despite her solid efforts as an actress.  Edward James Olmos is overall pretty bland, as he functions as the standard “Evil Cartel Lord” with nothing but threats and actual bulls to work with.  Then there is poor James Marsden who rarely gets a break, as he is now saddled with playing plain corrupt guy, despite his considerable talent as a fun character actor that is rarely exploited. 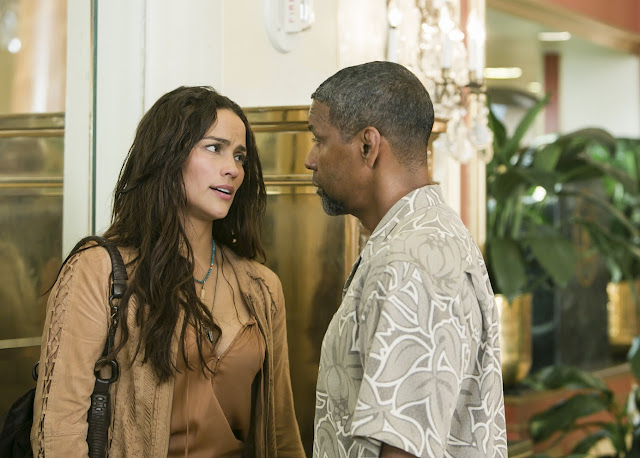 One could best approach 2 Guns as an early 90s action film, with the look of an action film from today.  It certainly has that attitude and is not ashamed of being a fairly light, but appropriately R-rated film.  The pairing of Washington and Wahlberg is easily the film’s best quality, with a snarling Paxton as a close second.  Maybe this film did work its way backwards from the poster image of two men, back-to-back, guns blazing; but there is enjoyment to be found, amidst this complicated and overall ridiculous story.  If only 2 Guns had a bit more going on inside the chamber.

Stig:  You’re my people and there’s a code. 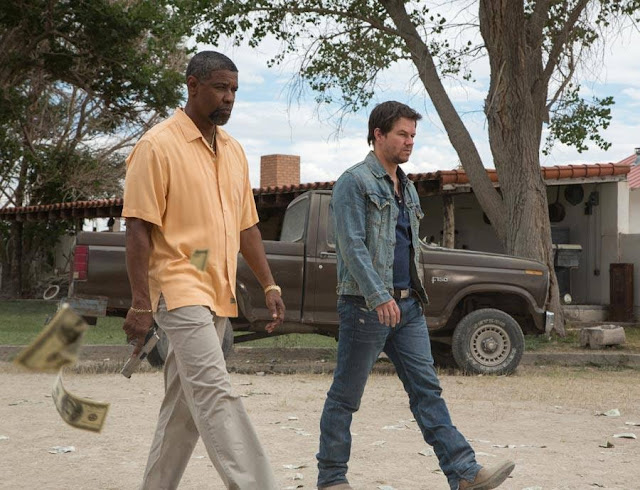