‘Much Ado About Nothing’, Whedon Addition 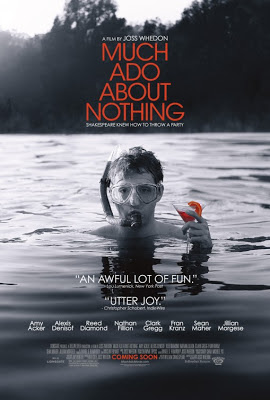 Hero: Nature never framed a woman's heart of prouder stuff than that of Beatrice - disdain and scorn ride sparkling in her eyes.

Writer/director Joss Whedon is in a pretty good place right now.  He is coming off making one of the biggest films ever (The Avengers), which had the bonus pleasure of being pretty universally well-liked, and has essentially elevated from being loved by geek audiences all over to being a filmmaker who has the ability to do whatever he wants.  That’s a bit of an exaggeration, but Whedon has made, of all things, a new adaptation of William Shakespeare’s Much Ado About Nothing, simply because he needed a palette cleanser of sorts.  Here’s a film that was made by Whedon, while on vacation from making The Avengers, using his own home in Santa Monica and a cast consisting of many friends/actors he has worked with before.  As a result, the title ‘Much Ado About Nothing’ works as a double meaning for the film overall, as it is entertaining, but slight.  Some may want to make more of a big deal out of it, but I would say even Whedon is just happy with having done something like this, with little thought of it as a big game changer as far as his oeuvre of films is concerned. 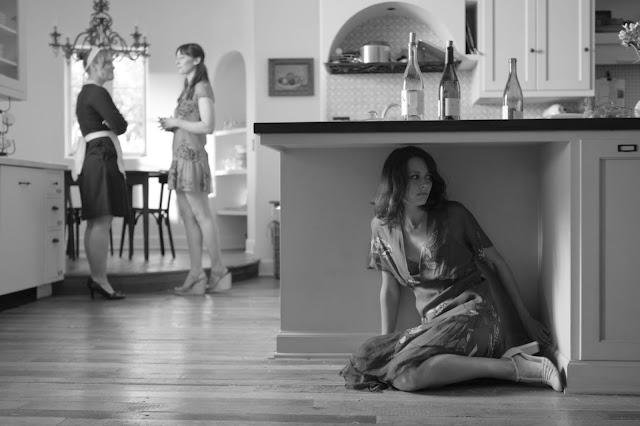 This latest adaptation is set in modern times, but still utilizes the Shakespeare vernacular (with minor alterations).  The story revolves around various people meddling in the romantic affairs of nice guy Claudio (Fran Kranz), good girl Hero (Jillian Morgese), feisty Beatrice (Amy Acker), and the sarcastic Benedick (Alexis Denisof).  Those meddling on the side of good include the respectable governor of Messina, Leonato (Clark Gregg) and his friend Don Pedro (Reed Diamond).  Others meddling on the side of evil are Don Pedro’s rebellious brother, Don John (Sean Maher), and his cronies Conrade (Riki Lindhome) and Borachio (Spencer Treat Clark).  The story takes place over a limited time period, which will feature various ceremonies that may or may not be upset by circumstances that could turn the tide in how these romantic entanglements play out.

I would imagine people are going to respond differently to the actors in this film and how they take on the roles from this famous Shakespeare play.  Modern adaptations of Shakespeare always tend to divide audiences to some extent, especially when they keep the same style of dialogue.  Still, it also comes down to how the delivery feels for the individual.  It is such a specific writing style that can work well with the right actor, but can also feel mishandled when coming from the mouth of another.  With all of that said, I do think the cast is mostly very good here, though there are a few actors that really sell this Shakespeare notion quite well. 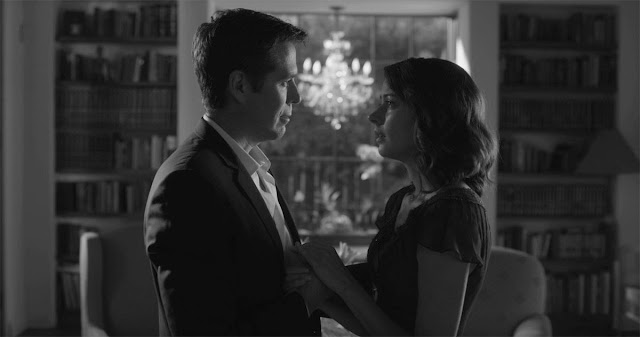 Alexis Denisof and Amy Acker, who were previously involved in a romantic entanglement on Joss Whedon’s TV series, Angel, are the best thing about this film.  This is helpful, given that they are the main characters you want to root for, but not even Nathan Fillion’s fun turn as the buffoonish constable Dogberry could outdo what I found to be wonderfully realized in Whedon and his actor’s take on Beatrice and Benedick.  Denisof does great work at playing up the sarcastic wit of Benedick, while also embracing the chance to provide a lot of physical comedy, making fun of himself in the process.  Acker is well-placed as Beatrice, providing a fine balance to her sparring partner Benedick, as well as adding a certain sexiness to the proceedings, given that bickering makes up much of her character’s actions.

As far as the other actors are concerned, again, it will be up to the audience to decide, but some are better than others.  I mentioned Fillion briefly, but he tends to be fun in most things.  Clark Gregg (Agent Coulson from the various Marvel films) is serviceable as Leonato, but knowing that Anthony Head (Giles from Whedon’s ‘Buffy’) was the ideal casting choice, it seems to show that a different sort of authority figure is needed.  Sean Maher (from Whedon’s Firefly) worked well for me as the nefarious Don Jon, as well as Fran Kranz (so wonderful as the stoner character in the Whedon-scripted Cabin in the Woods), who makes the naivety work in his role as Claudio. 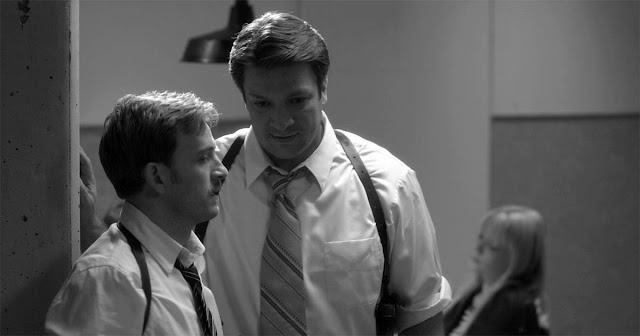 To address what Whedon brought to this film, I would still be fine with saying that the film is more like a fun English or theater assignment that happens to involve a lot of talent both behind and in front of the camera.  The movie looks great, given the limited locations on display.  Whedon’s DP, Jay Hunter, does his best to capture scenes in ways that are interesting when need be and fitting of the romantic and broader nature of the story, when applicable.  The decision to release the film in black and white seems appropriate enough, given how the modern setting clashes with the use of Shakespeare’s dialogue.  Whedon even gave himself more responsibility by composing the score himself.  This is all to say that the film is constructed well enough; even if it does not quite standout to me as a true essential effort from Whedon.

The best thing I can say about Much Ado About Nothing is that I was caught up in the dramatic aspects of the story.  This comes down to how invested I was with the characters.  While the prose has been taken straight from the pages of Shakespeare, Whedon’s confidence as a filmmaker shows, even if the film is a minor effort.  Given that the film is, overall, a comedy, I will also add that I was very entertained throughout.  While not so much an ambitious experiment as it is a stripped-down movie making exercise, Whedon clearly had fun putting this together and gathered a lot of friends he was confident could make it all work.  The joy for many Whedon fans, let alone those interested in the material, is how they get to weigh in on the fun as well, but I would not address this film as more than it is.  Much Ado About Nothing plays well as a snazzy and jazzy adaptation, which is all a slight effort needs to be for a man with a lot of upcoming work on his plate.

Benedick: I do love nothing in the world so well as you. Is that not strange? 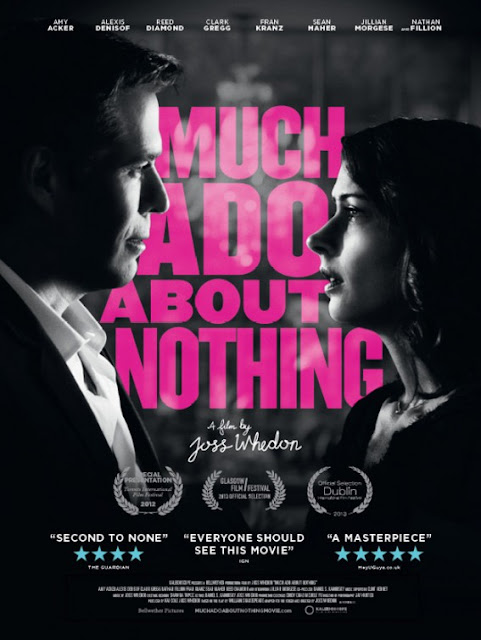 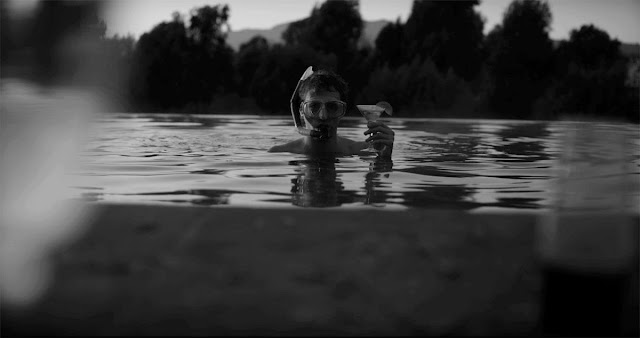 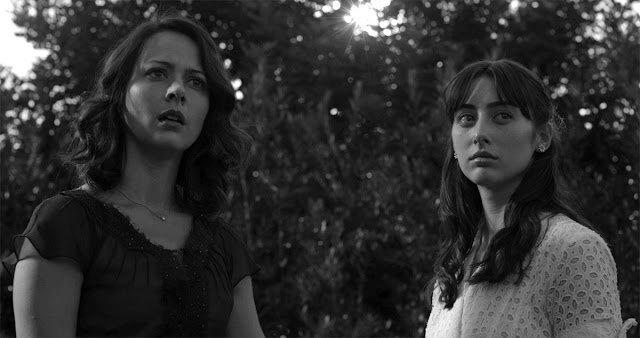