[REC]: Some Thoughts On This Spanish Zombie-Horror Series 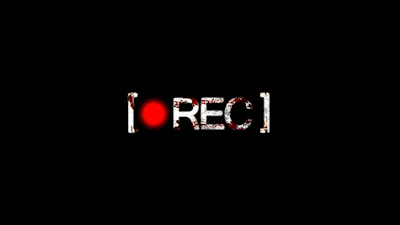 I have been keeping up with the Spanish zombie-horror series [REC] over the past few years, but have never written a full review on any of the films.  With the arrival of the latest film in the franchise, [REC]3: Genesis, I figured I could provide some brief thoughts on each film.  For those completely unfamiliar, the [REC] films are 'found footage' features revolving around helpless people being quarantined within a certain area, as a zombie outbreak occurs.  These films have benefited from being creative and scary, given the filmmaking, and a solid reason for people to keep their eyes out for horror/thrillers that are coming out of Spain. 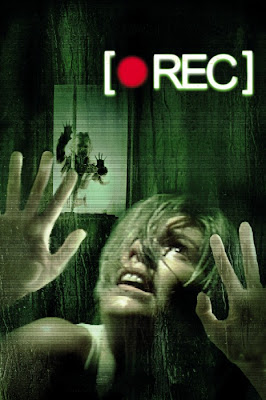 [REC]:  4 out of 5
Simply put, [REC] is the story of a television reporter and cameraman who follow a team of emergency workers into a dark apartment building and are quickly locked inside due to some sort of outbreak.  What follows is a non-stop journey into darkness, as the reporter and cameraman are forced to team up with the other residents and defend themselves from what appears to be a zombie outbreak.  At least the camera is equipped with night vision.
The best thing about [REC] is that is actually scary.  The movie was able to make me squirm here and there, with legitimate scares that are well earned, while still being shocking all the same.  The final minutes of this film I find to be legitimately terrifying.  Along with this aspect, [REC] is very well made.  Filmed and released before Cloverfield, pre-dating the 'found footage film' craze, the movie makes a lot out of its premise by utilizing its location incredibly well and establishing a sense of geography in the apartment building that makes the film very comprehensible, when considering where everything is.  The film could have been just another zombie movie, but the confidence in the filmmaking elevated this feature to a higher level.
I should also note that Quarantine is a shot for shot remake of [REC] that I have not seen, although I have heard its not bad. 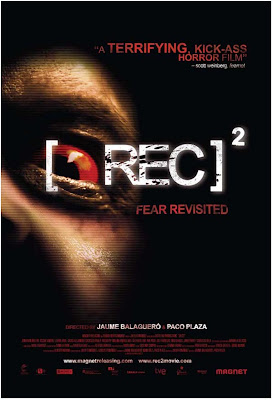 [REC]2:  4 out of 5
The action continues from [REC], with this scary and action-packed sequel, which finds a medical officer and a SWAT team outfitted with video cameras being sent into the same sealed off apartment to control the outbreak.  At the same time, there may be others on the scene with their own perspective on the situation occurring.  One thing is for sure, there are still plenty of things going bump in the night.
[REC]2 manages to do what I considered impossible - match the quality and scariness of the first film, let alone surpass it in a number of ways.  While the first film only had one camera to work with, the sequel goes the ambitious route by adding multiple cameras to the situation, but still handled in the same 'found footage' format.  As a result, this film manages to be just different enough, while still tackling the same subject matter in a way that is just as effective when it comes to being really solid horror entertainment.  The edition of a few twists that better build the world that this series has developed only adds to my enjoyment and appreciation of the series as a whole.  Also, just to make note of it somewhere - these movies are bloody as hell. 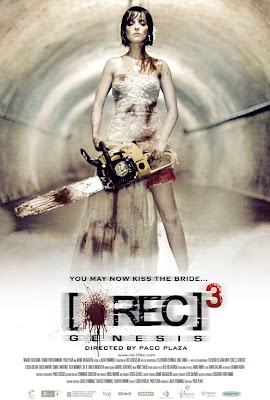 [REC]3: Genesis: 3 out of 5
The third film in the franchise turns out to not be directly related to the previous two entries.  The story follows A couple's wedding day that turns into a horrific event, as some of the guests start showing signs of a strange illness.  With a team blocking the exits, the guests at the reception will have to do what they can to stay alive, with the bride and groom desperately trying to find each other.
Unfortunately, this film was a bit of a disappointment, given that the first sequel was such a great success.  If anything, I am probably rating it higher than I should, given my affinity for a poster that features a bloodied bride wielding a chainsaw, but lets not focus on that.  Where this film falters is in its choice to downplay the seriousness of the tone seen in the previous films, as well as start out with the 'found footage' aspect, only to ditch this in favor of a traditional cinematic perspective about 15 minutes in.  I guess the idea was to keep things fresh for the series, but this essentially takes away from what makes this series unique to begin with.  Still, as a zombie film fan in general, the film has enough in the way of satisfying zombie kills to make for a somewhat generic, but still entertaining film about a zombie infestation, at a wedding no less.
While this was the third film in the series, it is not the last.  There is another entry in the franchise still to come, titled [REC]4:  Apocalypse and I am curious to see where the series will go.  While the previous three films all had Paco Plaza as at least one of the writer/directors involved, I have no idea who is behind this next film.  I am also aware that the next film will continue to not utilize the 'found footage' format, which is not exactly a preferred choice, but hey, maybe there is a certain direction that is the ultimate way this series wants to go.  Regardless, [REC] is a fairly strong horror franchise that I have been happy to have known about and hope others, specifically those who love zombies and horror films, will check out as well. 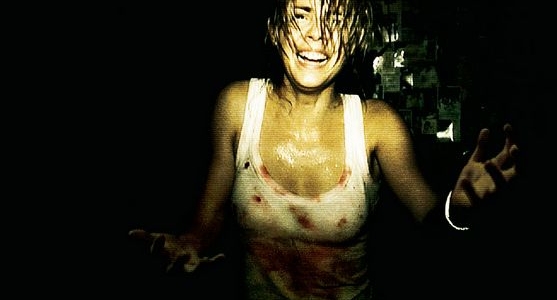