Find Out If You’re ‘The Lucky One’ 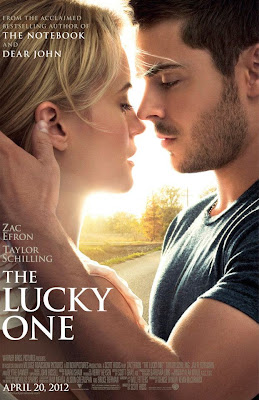 Beth: Why did you come here?
Logan: To find you.

Vanilla can be an underrated flavor.  The Lucky One is a film that does everything as one would expect it to do and has little shading to really differentiate it from what one expects a romantic drama to be.  It has several impossibly nice characters, one jerk, and plenty of adorable animals living in a beautiful setting, going through the motions of a story that will definitely end in one specific way.  With that said, I have nothing really against any of this.  It is fine for the audiences that this film is meant for (fans of romantic dramas and devotees to Nicholas Sparks books) and does not have anything clunky or poorly handled enough to really make me have any sort of ill will towards the film.  Overall, it may play like a plain, vanilla-type film, but it’s fine. 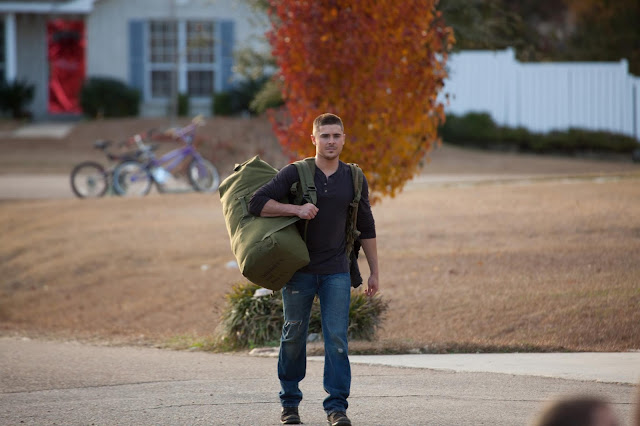 The story involves U.S. Marine Sergeant Logan Thibault (Zac Efron) returning from his third tour of duty in Iraq.  With him, he has the one thing he credits with keeping him alive—a photograph he found of a woman he doesn't even know.  After having trouble readjusting to life back in Colorado, he manages to discover where the picture was taken and then walks to North Carolina (with his lovable dog, of course).  Discovering her name is Beth (played by Taylor Schilling) and where she lives, Logan shows up at her door, and ends up taking a job at her family-run kennel. Despite Beth’s initial mistrust and the complications in her life, a kinship eventually develops between them.  This is good news for Beth’s shy son Ben (Riley Thomas Stewart) and her mother, Ellie (Blythe Danner), but a problem for Beth’s ex-husband Keith (Jay R. Ferguson).  Regardless, plenty of emotions will fly, as this story goes through its inevitable romantic process.
I went into The Lucky One with no real expectation.  I had only just seen The Notebook a few days before watching this movie, simply so I could get a feel for what films based on Nicholas Sparks stories had to offer.  For the record, I thought The Notebook was pretty good (I’ve yet to see Gosling give a bad performance in something), but The Lucky One does not quite reach the same height.  Still, going in with no expectation, I can’t say I was really disappointed, even if the most impressive aspects still only let it sit as a mild recommendation. 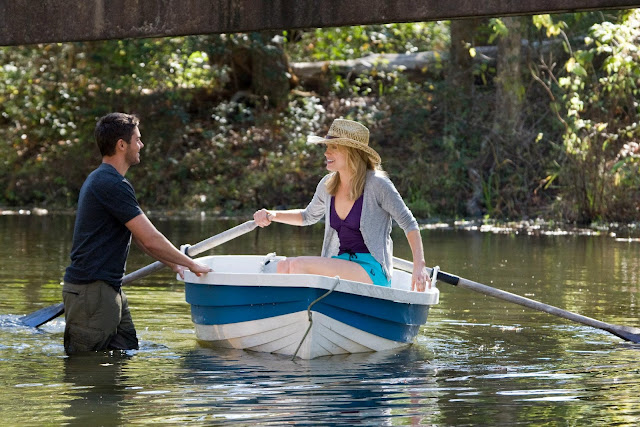 I have nothing against Zac Efron.  From what I can tell, the dude has talent when it comes to singing and dancing, even it if applies to TV/movies that I have no real desire to see.  I am clearly not the key demographic for the types of roles that he has mainly been in thus far (let alone this film), so I have no reason to dislike the guy.  So in saying that, I found him to be perfectly adequate in The Lucky One, though I would not say that he really knocks the role out of the park.  The two modes that he has here revolve around showing a certain amount of happiness, which Efron pulls off; and delving into a stoic, loner mode, which Efron has not quite mastered.  A lot of scenes feature Logan staring off either into the distance or at someone with what is supposed to be intensity, but that unfortunately does not quite come through as well as it should.  Essentially, I wish there was more to glean from a supposed war veteran, but again, I found him adequate overall, not bad.
The rest of the cast equally feel like they provide enough to keep everything satisfactory.  Schilling is certainly good looking and does enough to show that she’s had trouble in the past regarding where her feelings have taken her, what has gone on in her own family life, and how she wishes she could keep everything in her life happy.  Jay R. Ferguson (who also currently stars on Mad Men) gets the antagonist bully role and manages to make him very easily hated by audiences, without much that really supplements why.  And then Blythe Danner manages to be plenty of fun, mainly because she’s the old pro of the bunch and gets all of the “wise ol’ granny lines”.  All of these people do what they need to, which is fitting of the story that is told, but there was little to really elevate them to a higher level.

This goes to what I consider to be the main flaw of the film, which is how there is little in the way of issues for these people in a grand sense.  Now of course, there is the plot of this film, which has various dramatic stakes involving Logan keeping a (fairly minor) secret from Beth and the issue of Keith being a threatening individual (only due to petty jealousy), but besides Keith, these characters are all regular, nice people.  Logan is a great guy who could easily be loved by anyone (even all of the dogs) were they to stare into his blue eyes long enough.  Beth is ostensibly a happy individual when she gets to hang with her son or work with those dogs as well.  When these two get together, it’s due to the lack of complexity in the script that takes away from adding further depth to the film’s key relationship.
So I say all that, but still, I did like this film.  Regardless of how simply presented everything is, I enjoyed spending time with these characters…and Keith.  Beyond Efron’s lack of making a more interesting character, I did find him to have solid chemistry with Schilling, Danner, and the young boy who played the son.  The film was also quite well shot.  There is a lot of beautiful cinematography in portraying the familiar Sparks setting of North Carolina.  Even the opening scenes that take place in a war setting, followed by Logan’s various issues of PTSD were captured well enough.  Director Scott Hicks and his crew seemed at least interested in putting together a confidently made movie, even if the script seemed a bit perfunctory (and I say that, knowing that most of my words are null in the case of huge Nicholas Sparks fans). 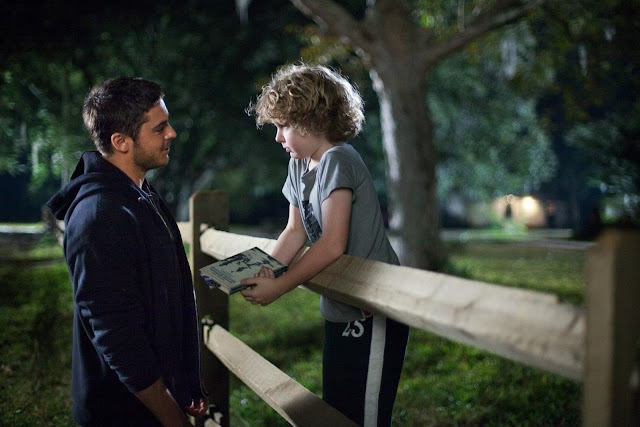 The Lucky One did not so much surprise me as it managed to keep me fairly involved.  It is a plain romantic drama that looks nice enough, even if there is little underneath, when you start to peel back the layers.  The emotional stakes of the film are enough to keep an audience entertained (especially for those who are devoted to Nicholas Sparks’ work or films that are similar).  The film looks good too, which I think is an added bonus, given that the warmth of the camera work reflects on the warmth of these characters.  It is decent stuff and does have enough sincerity in what it is trying to do, but it’s still just vanilla.

Ellie: Start appreciating the memories you have and stop begrudging the ones you never got to make. 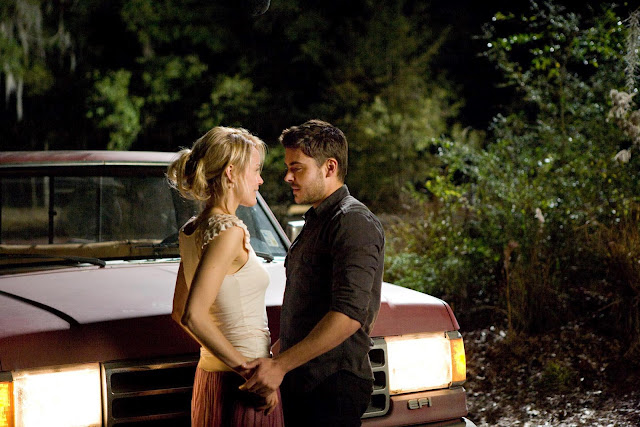