You Can Smuggle A Little Bit Of Fun Out Of ‘Contraband’ 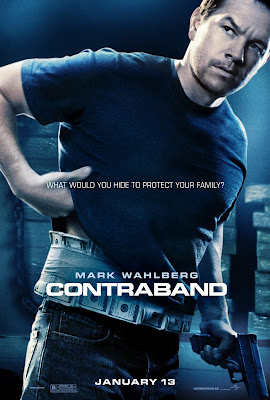 Chris Farraday:  You think you're the only guy with a gun?

In the 2000 remake of Gone in 60 Seconds, starring Nicolas Cage, actor Giovanni Ribisi played Cage’s younger brother, who was in over his head after losing out on a big heist, while working for an evil gangster.  His big brother, who retired from the life of crime, is forced to come back to the life of crime in an effort to keep his little brother out of danger.  Over a decade later, in Contraband, Ribisi has now grown up into being the evil gangster character, forcing another unfortunate little brother to do his bidding and bringing back the reluctant older brother.  This is all to say that both films are clear examples of a fun enough genre film.  Contraband has a bit of an edge (and not just ratings-wise) however, as I was quite pleased with how the film came together, utilizing every character and minor plot point in an economical sense.  Especially given the early 2012 release date, this is solid escapist fun that doesn’t aspire for anything greater. 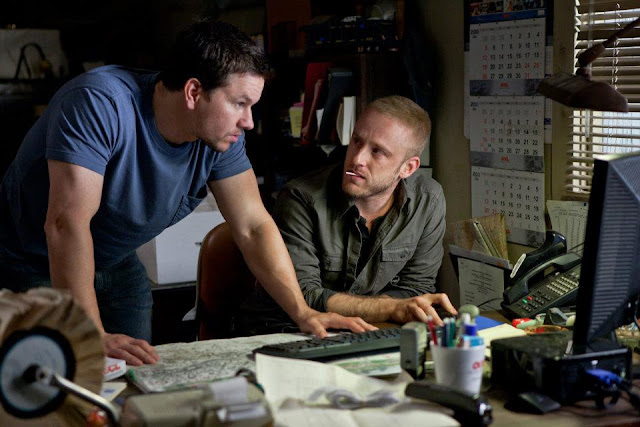 The film stars Mark Wahlberg as Chris Farraday, a former cargo smuggler (one of the best in fact), who left that life of crime in favor of going legit and raising a family with his wife Kate (Kate Beckinsale) in New Orleans.  He and his best friend Sebastian (Ben Foster) have managed to stay out of trouble for quite some time, but things get complicated in regards to Chris’ brother-in-law, Andy (Caleb Landry Jones).  Despite better advice, Andy has chosen to delve into some crime business of his own, smuggling drugs for a ruthless gangster, Tim Briggs (Giovanni Ribisi).  Andy botches a deal, putting himself in debt in harm’s way.  It’s a good thing Chris is such a good guy at heart.
In an effort to stop Briggs from killing his brother, let alone keeping his own family from getting hurt in the process, Chris arranges to pay Andy’s debt by jumping back into the smuggling game for one big smuggling scheme.  He assembles a crew on board a cargo ship and has to head down to Panama in order to pull off the job.  Meanwhile, Briggs is getting restless and makes his presence known to Kate and her and Chris’ children, with Sebastian being the only one back at home who can possibly keep things subdued for the time being.  Chris only has a limited amount of time to bring back enough contraband to get everyone in his corner out of debt.

I had low prospects for Contraband going in, not to the point where I would recommend everyone to keep their expectations low in order to get the most out of it, but given the nature of this story and, again, the January release date, I was basically hoping that the strength of the cast would be enough to have me salvage enough entertainment out of it.  Given that Ben Foster and Giovanni Ribisi are talented character actors, who always manage to bring something interesting to the table, having them in the same movie was a large part of my interest as well.  Fortunately, in addition to the cast, there was enough going on within this film to keep me engaged throughout, regardless of the amount of suspension of disbelief involved in watching various heist and smuggling aspects play out.  I think the film does a good job at using movie logic to add enough complexity, while being sure that everything works out.
The thing I appreciated most about the film concerns how every part and every minor plot detail feels like it was introduced and appropriately used in the film.  It does not feel like anything has been wasted.  Characters are introduced and serve very specific purposes.  Small details involving the cargo ship, its crew, or things occurring in Panama all manage to come back into play over the course of the story.  The film, which I can’t imagine had a huge budget, overall has a fairly stripped down approach to its proceedings, which leaves it up to the filmmakers to make use of all that they have. 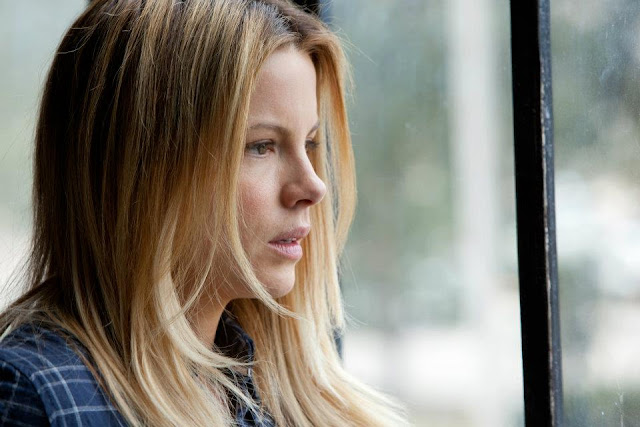 Contraband is in fact a remake of an Icelandic film, directed by the star of the original version, Baltasar Kormákur.  What he does with the film in its direction is commendable enough.   Kormákur balances a lot of handheld and digital photography work in order to deliver the oh so desirable gritty edge that the kids love these days, but the action and more tension-filled scenes are choreographed well enough to not make one feel lost.  The film has the added bonus of incorporating heist elements, which means audiences can get the “aha” moment, as soon as certain reveals come into play.  The real gripes I have mainly concern the opening, which is a bit slow compared to the surprisingly well-paced second act, as well as some issues with the ending, which revolve around how tidy things end up being.
As far as the actors go, I enjoy seeing Mark Wahlberg in films like this, where he can both bring a level of intensity in one second and turn a scene to a more humorous direction in the next.  Given that this film is R-rated, he does not have to hold back much, even as he goes through dialogue that would seem much sillier in a lesser film.  Foster and Ribisi are reliable as ever, with Ribisi adding an annoying accent fitting for the setting and character, but all the more effective in having us hate this man.  Kate Beckinsale does not have a whole lot to do in the film, besides act threatened, but if I really wanted to call back to my Gone in 60 Seconds opening, it’s funny how she dyed her hair blond in this film, just as Angelina Jolie did in the former (oh these little connections I’ve made). 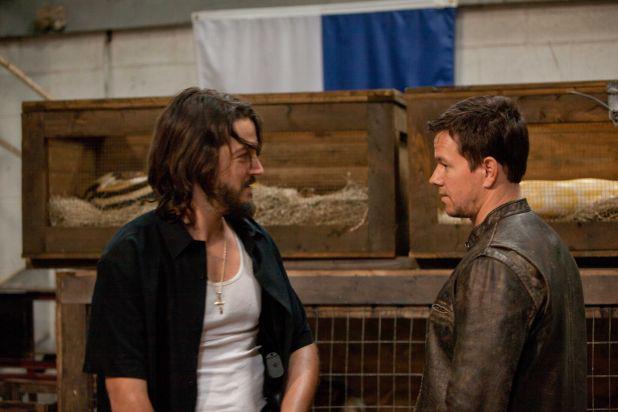 Contraband does not set out to be a great film, but it is a solid genre film.  It is a gritty-ish crime story that works well and efficiently enough.  The premise is given a sort-of fresh take and Wahlberg and company seem game enough to make everything worthwhile.  Don’t set your expectations to low necessarily, but go in on a medium and you will probably be satisfied on an escapist fun level.

Chris Farraday:  I would love to help you but I don't know what the f**k you are talking about. 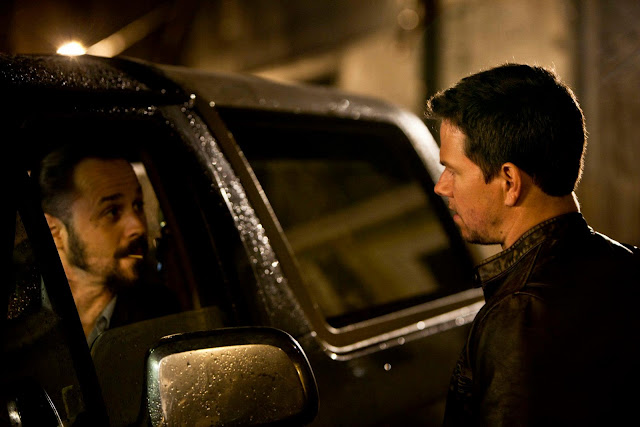