‘Larry Crowne’ Is Nice Enough To Just Not Care 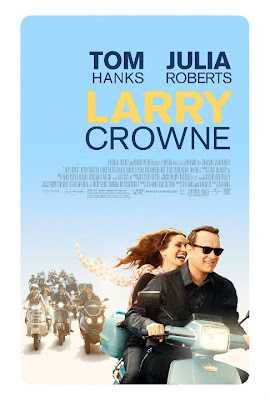 Talia:  Are you an ex-cop?
Larry Crowne:  Why would you think that?
Talia:  Tucking in a polo shirt makes you look like one.

I guess Tom Hanks could at least receive a “Thanks For Trying” award.  Back in 1996, Hanks made his directorial debut with That Thing You Do, a film that oozes likable charm.  Now, he has made Larry Crowne, a film that oozes something else.  I am not sure what it is that drove Hanks to co-write and direct this film, but I can only assume that he had a lot of fun making it, because the end results don’t match up very well.  One would think it would be tough to make a bad film about ostensibly nice people, all nice and having a good time, complete with a happy ending, but Larry Crowne manages to do just that.  The whole thing is incredibly banal and lacks any kind of excitement.  For all the likable charm that Tom Hanks can bring to a role, this really is an empty film. 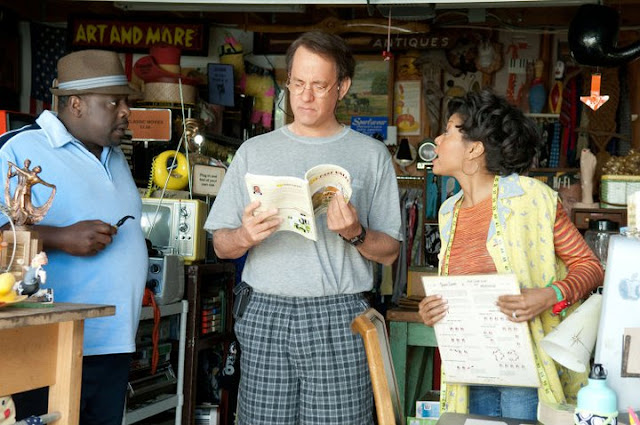 The story is simple.  Larry Crowne (Hanks) seemed to the best and nicest employee at his job, a worker at “U-Mart”, until he was suddenly let go.  It seems that Larry never went to college, making him ineligible for advancement, securing his boot from the company.  Unemployed, divorced, needing to make house payments, and having a lack of options, Larry now faces some tougher times.  His solution is to start attending a few community college courses.  Larry picks two classes.  One is an economics class taught by Dr. Matsutani (George Takei).  The other course is a speech class, taught by Mercedes Tainot (Julia Roberts).  While Matsutani is played as straight forward as Takei can be (oh my), Mrs. Tainot apparently trained with Cameron Diaz at the school for bad teachers.  Her first instruction is that students care about the class, yet she only hopes that there are not enough students, so she can cancel it.  Along with her “frowny face” demeanor, there seems to be little to make her smile in life these days.  Of course, maybe Larry can change all of that.
The film features a supporting cast that includes Cedric the Entertainer and Taraji P. Henson as Larry’s nice neighbors, who sell him a scooter, which Larry can use to more economically transport himself around town.  This scooter purchase leads to Larry befriending Talia (Gugu Mbatha-Raw), a fellow scooter-riding student, who decides to initiate Larry in her scooter gang (*sigh*), which is led by her boyfriend, Dell (Wilmer Valderrama).  Pause – just to be clear, Fez from That 70s Show is now the leader of a Scooter gang - Unpause.  There is also the matter of Mrs. Tainot’s husband, Dean (Bryan Cranston), who spends his time surfing porn on the internet, instead of working.  So in the realm of this humble and earnest comedy, we get to see what happens in the life of Larry Crowne. 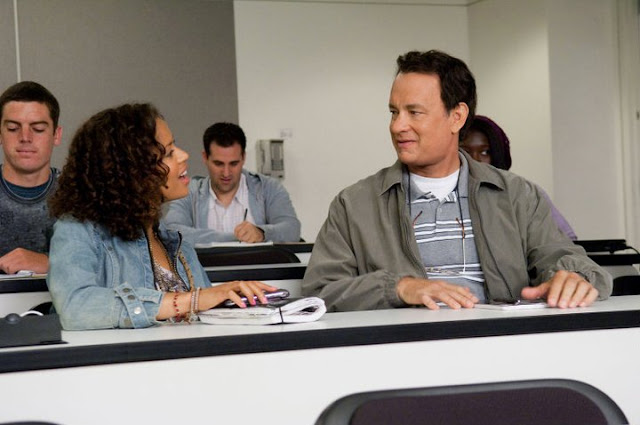 Unfortunately, seeing what happens in the life of Larry Crowne is pretty empty.  I am all for a character-driven comedy, but there are not really any characters here, just people that attempt to be quirky but are more one-note and undeveloped.  The supporting cast is largely forgettable, as they only exist to say something plot related (hello random co-star Pam Grier) or to make a quick quip and then settle into the background.  In the case of the two leads, more than just the charm of Hanks and Roberts is needed to make this film interesting.  Add to that a story that has no sense of urgency at all, despite claiming to be about a character in dire financial straits and the obligatory romance angle that seemingly comes out of nowhere, and Larry Crowne arrives as a pretty inconsequential and hollow film.
Tom Hanks is quite peculiar as Larry Crowne.  He does everything to this character correctly, it would seem, but there is just no real arc for him or lessons to have learned.  If Larry learning to be better at economics or become a better speaker were big plot points, then I must have missed those, as his professional and social skills never seemed to be questionable.  Larry is simply a nice guy who has to get over a few bumps in the road, while continuing to be nice.  That basically applies to this film as a whole actually, and save for what is essentially an unnecessary F-bomb, there is no real reason this film could not just be rated PG.  So, to Hanks’ credit, he plays up his nice guy image and makes it feel natural.  Unfortunately, a compelling character this does not make. 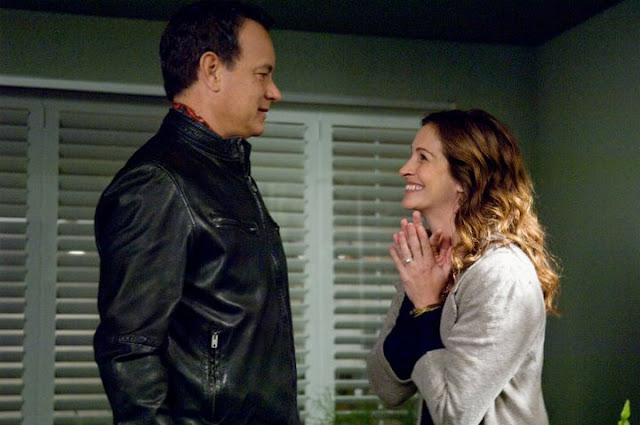 It is hard to be kind to Julia Roberts here.  For the record, I have nothing against her.  While she seems to have stopped acting in favor of playing a movie star in most roles she is in nowadays, I still find her likable.  In Larry Crowne, there is not much to like and she’s kind of a buzz kill.  Rarely do I see someone look so bored in a film, but that seemed to be the case here.  Again, as far as character arc’s go, this film does not provide one that is very important.  The most warmth in this film comes from the Talia character, as she is fun to watch and even manages to have a small, but neat kind of growth as a character.  It’s too bad the rest of the film could not have any more depth.
I guess I am done with this film.  There is really only so much to say about what this film has to offer, and I feel like continuing to scrutinize the film is pointless.  Larry Crowne is not a good film.  The star ratings are an arbitrary process for me, but there is just nothing that would make me really want to recommend it or wish to revisit in the future.  There are some scattered laughs, which are earned, here or there, but unintentional laughs and general awkwardness surrounding my confused feelings about this film’s world reign supreme.  Larry Crowne seems more like a film that would have been seen in a spoof trailer involving these stars, but no, it actually does exist and does no good for anyone.  I only hope that Hanks’ manages to do more interesting and creative work as a director in the future, but for the time being, I will just stick with That Thing You Do. 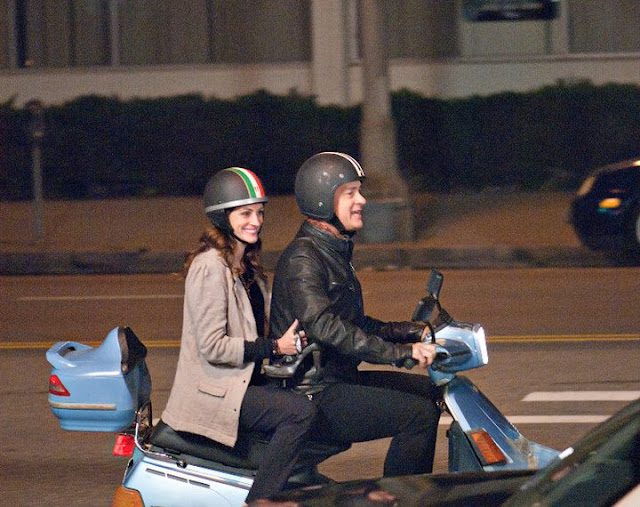